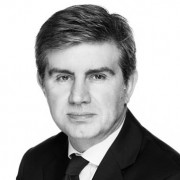 Thank you to West Hampstead Life for highlighting my market predictions for 2013 in January of last year. Thankfully, according to Rightmove, I wasn’t too embarrassed and figures for West Hampstead showed a year-on-year increase in prices of 7.5% against my prediction of 5% to 10%.

However, I suspect that this figure is quite conservative and, in my opinion, we have actually seen asking price rises of closer to 15% for some locations within West and South Hampstead.

This year saw us break the £1,000 per sq ft barrier for flats in South Hampstead with the sale of a garden flat in Aberdare Gardens in April. This sale seems to have set the benchmark for prices in these roads and asking prices for such properties seem to have risen relentlessly since. In fact, it is now commonplace to see £1,000 per sq ft being asked for apartments with no outside space or off street parking.

West Hampstead has seen similar increases although haven’t yet reached the dizzy heights of South Hampstead. Victorian terraced houses in the Greek and African Roads (Agamemnon, Achilles, Sumatra etc.) can now expect to achieve £1.4 to £1.5m (more with a loft conversion).

Of particular note this year was a house on Narcissus Road that had been developed to include a basement and loft conversion totalling 2700 sq ft which sold for £2.25m – to my knowledge, the only house in one of these roads to sell in excess of £2m. (More on basement conversions in a later issue). Flats in these roads are also now fetching approximately £750 per square ft (depending on condition and location).

On the other side of Fortune Green are the relatively new developments of the flats in Alfred Court and mews houses of Rose Joan mews. In 2013, we sold a 2 bed flat in Alfred Court in excess of £800 per sq ft and 2 mews houses at close to £1,000 per sq ft each in rose Joan Mews. This proves that the demand for new build and ‘maintenance free’ properties still commands a premium, even a few years after the build. This is also supported by the success of the Ballymore development at West Hampstead Square which is achieving in excess of £800 per sq ft for flats with no parking.

In my view, an area of interest for 2014 is that bounded by Sheriff Road, Kilburn High Road and West End lane. Last year saw a developed Victorian house on Gladys Road sell for just over £1.9m and an upper maisonette in good condition for just over £800,000. These roads show signs of building and renovation activity and seem to be undergoing a change in feel and occupation. They are also centrally located and of attractive Victorian housing stock.

In 2013, we also saw the development of renegotiating agreed sales upwards within a relatively short time of agreeing the sale. This awkward and uncomfortable process is a result of slow conveyancing caused by pedantic lenders and unmotivated solicitors combined with the rising market and press hysteria about London prices.

Ignoring the ethical argument, it’s difficult to disagree with vendors who could quite easily have remarketed a couple of months later and made themselves significantly more money. Especially, as the properties they wanted to move to are increasing in value in the same way.

An example from 2013 probably best sums up the market. We sold a townhouse in Parsifal Road which completed in May, one month after the initial offer was accepted. Two weeks after collecting the keys, the new owner had a change in personal circumstances and asked us to remarket the property. After only a few days of viewings we had agreed a sale at a price 8% higher than that agreed five or six weeks earlier. You can now see why I think 7.5% for the year is a bit mean!

The elephant in the room for 2014 is interest rates. All the other factors in terms of supply, economic recovery and foreign investors remain the same and I am expecting a strong start to the year with prices continuing to rise in our area. Most pundits are predicting rises in interest rates in 2015 but some are saying it will be towards the end of this year.

Almost certainly, the London and UK housing market will maintain its recovery and prices will continue to rise. The Governor of the Bank of England says he has measures in place to control the housing market but it will be interesting to see if any of them can slow the market without resorting to the traditional vehicle of interest rate rises.

My view is that history teaches us everything and that economics are cyclical. At some point, without further intervention in terms of planning and development (also for a later article), the London market will need to pause for breath, but that won’t be in 2014. I expect to see rises in values of between 9% and 12% in our area, with most of that growth coming in the first half of the year.

I would welcome your opinions and reaction to this. Also, it goes without saying, but if you would like a current valuation of your property please get in touch.