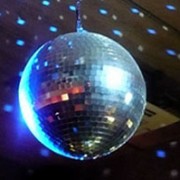 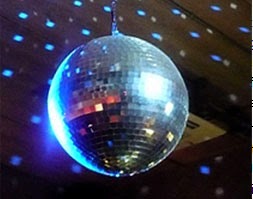 By popular demand, here’s a round-up of New Year’s Eve events in West Hampstead (and a couple in Kilburn). Whether your idea of a good night involves karaoke, fancy dress, or a three-course dinner, there’s a party for you.

The Gallery, 190 Broadhurst Gardens
There’s an ‘80s-themed party at The Gallery, with fancy dress encouraged – prizes for the best outfits! Open until 3am. £10 entry, book in advance to avoid disappointment.

The Railway, 100 West End Lane
Fancy a traditional New Year sing-song? The Railway is celebrating with a karaoke night, and is open until 1am. Free entry, just turn up.

The Alice House, 283-285 West End Lane
The Alice House is also embracing fancy dress – the theme here is “Après-ski”, so a good opportunity to dust off those Christmas jumpers for another outing. Advance tickets, including a drink, are £10. Tickets on the door £15. VIP packages available – check with the venue.

Mill Lane Bistro, 77 Mill Lane
If your idea of seeing in the new year in style is in candlelit surroundings with dinner and drinks, look no further than Mill Lane Bistro. Details and full menu here: http://www.milllanebistro.com/events. Three courses, £40

The Black Lion, 295-297 West End Lane
The Black Lion is mirrorballing The Gallery: there’ll be a DJ from 9pm playing 80s tunes and 80s dress is encouraged. It’s £5 before 9pm, £8 after. They say tickets are selling fast so it’s a good idea to book in advance. Open till 3am.

The Alliance, 40-42 Mill Lane
A party with a DJ from 9pm. Open till late. Free entry (“probably – it usually is” said the woman who answered the phone).

The Good Ship, 289 Kilburn High Road
The Good Ship is open until 4am and promises “a raucous party”. Check out full details. £10.

There you have it. If none of these appeal… then you’re a tough customer. But the Jubilee Line is open late with free travel between 23:45 and 04:30 so London is your oyster (card).

How will you be celebrating the start of 2014? 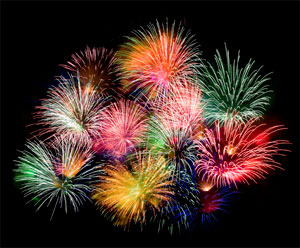 I know, I know, it’s not even Christmas yet, but some of you lovely people want to know what excitement is on offer on New Year’s Eve in the neighbourhood. And who am I to stand between you and a continuation of your borderline alocholism.

In West Hampstead, The Gallery is having an 80s themed party. “Think ‘Back to The Future’, neon spandex, sweat bands, big hair and classic tunes!” Sounds more like a Fame tribute party to me. But remember people, “Fame costs, and right here’s where you start paying”. £20 to be precise (+ booking fee if you buy via View London).

Sister bar The Alice House is having a Masquerade Ball. “The venue will be styled with a traditional Victorian theme, cupcakes, masks, prizes at midnight, DJs and an early breakfast.” Tickets for this one are a slightly eye-watering £22 – the excitement kicks off at 9.30pm and goes ’til 4am.
The Mill Lane Bistro is having its first ever New Year’s Eve party. “There will be live performances, music, drinks and lots of dancing!” The bistro promises large discounts on drinks and “lots of punch”. Tickets bought in advance (£8) include a free drink and the chance to win a bottle of champagne. E-mail . Or pay £12 on the door (no drink included).

Over in Kilburn, The Good Ship has its annual ‘don’t rip off the punters’ New Years Eve Party. Doors open at 7.30pm and DJs Robot & Dinosauro will see you through the new year with “a delicious feast of best of 2010, indie dance extravaganza, post-modern new wave romance, some dirty, filthy electro madness and club classics you forgot you loved.” Entry is £5 in advance, £7 on the night (although it usually sells out in advance). Email to reserve tickets.

The Betsy Smith lives up to its slightly kooky image with Cirque de la Nuit. “Expect acrobatic mixology and fantastical feats by performers including Caged Lions and Tiger Dancers as well as the most weirdest and wonderful clown interludes.” There are 2-for-1 cocktails (7-9pm), dance floor favourites from guest DJ Final Conflict and a 4am licence. Tickets are £10 in advance but £20 on the night.

The North London Tavern is holding a Mad Hatters Dinner Party with Mock Turtle soup, Queen of Hearts Tart, a White Rabbit terrine, Warm Pigs Belly & Roast Dodo. Bookings on 0207 625 6634 or . Prizes for best costume and the bar is open until 2am. There’s a cover charge on the door for non-diners, but no tickets are available in advance. Am finding out the cost [watch this space]

The Westbury hosts “The Nextmen with their up-tempo, hip hop beats. Four hands, four decks, four times the fun! Assisting in the musical mash-up will be DJ Vadim with his eclectic vibe, enlisted by the talents of The Westbury’s favourite residents.” Doors open at 8pm, but get there any time before 9.30pm for a free cocktail. Buy your £20 tickets here.

Anything I’ve missed, please add into the comments, or mail me.