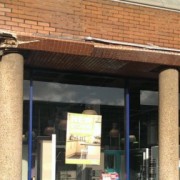 Photographers captured the moment a lorry crashed into the side of the Travis Perkins building at 156 West End Lane today. The vehicle brought down brickwork and masonry from the corner of the building, surprising the Wickes showroom staff inside. 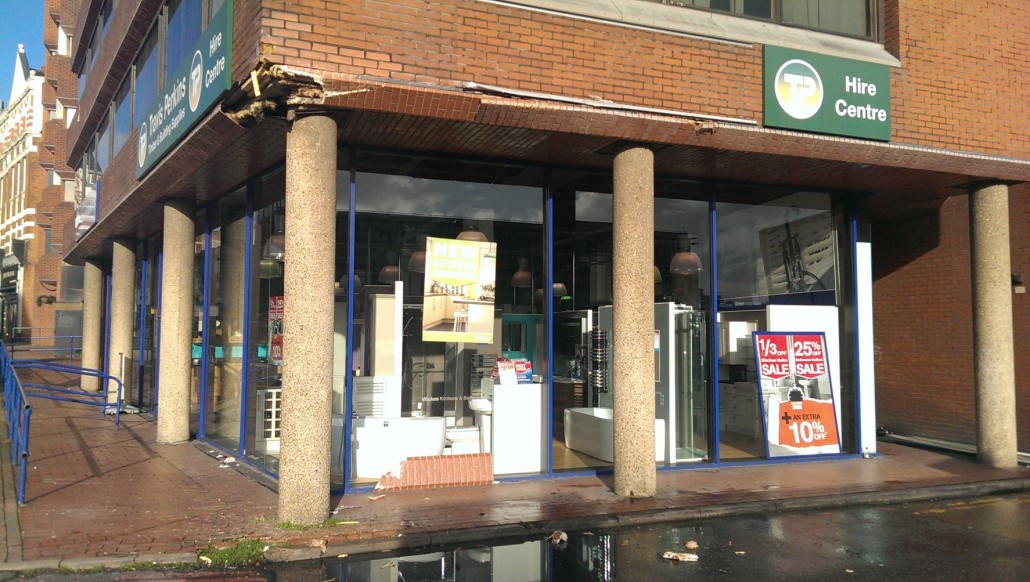 Dan Hirai, who works on Maygrove Road, was walking back from lunch at Nando’s at around 1.10pm when he saw the lorry coming up the hill and turning right into the Travis Perkins site. The cab of the lorry made the turning without incident, but then Dan describes hearing “a massive crunch” as the lorry’s container made contact with the building. He then saw material from the wall falling onto the ground.

“I thought he was going to reverse, but he just carried on.”

A Lymington Road resident also described his disbelief after the initial impact. “The driver didn’t get out, but reversed half a metre and tried again, hitting the building again, and then did the same. It took three or four attempts to get through, doing more damage each time.” 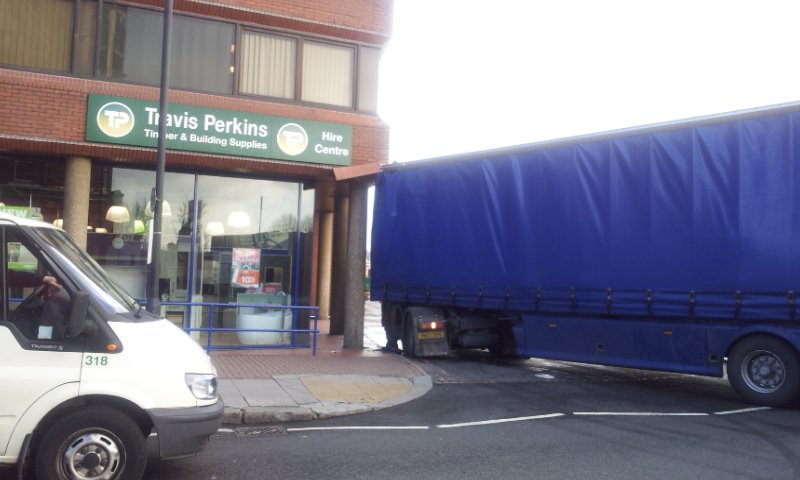 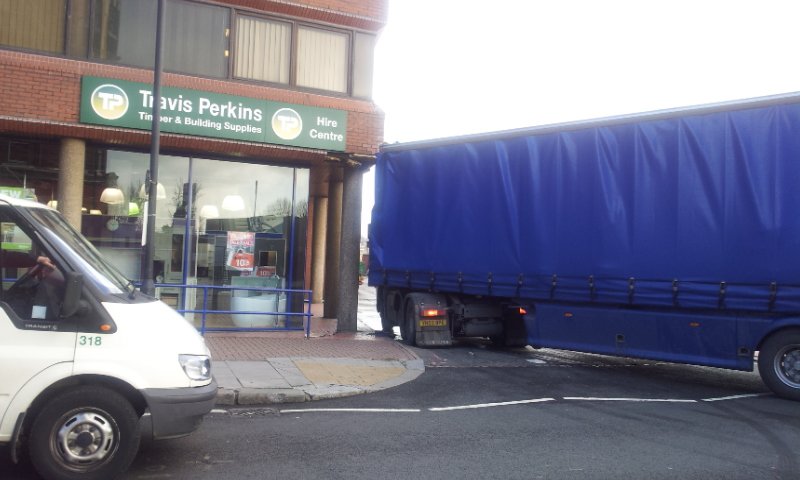 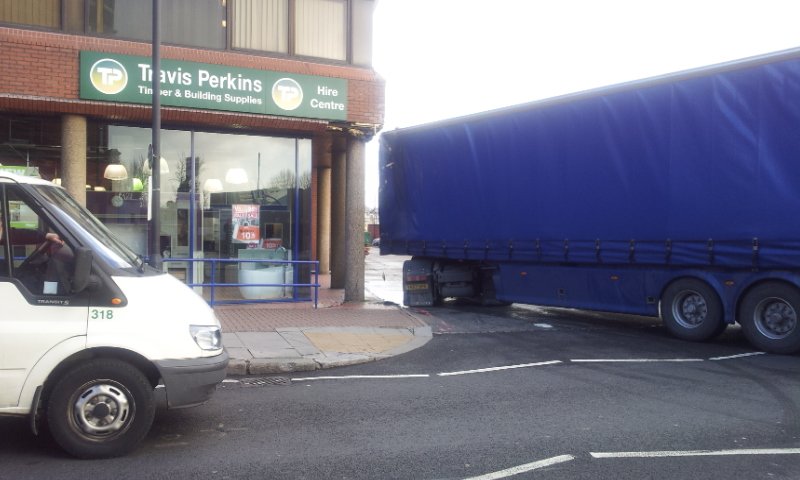 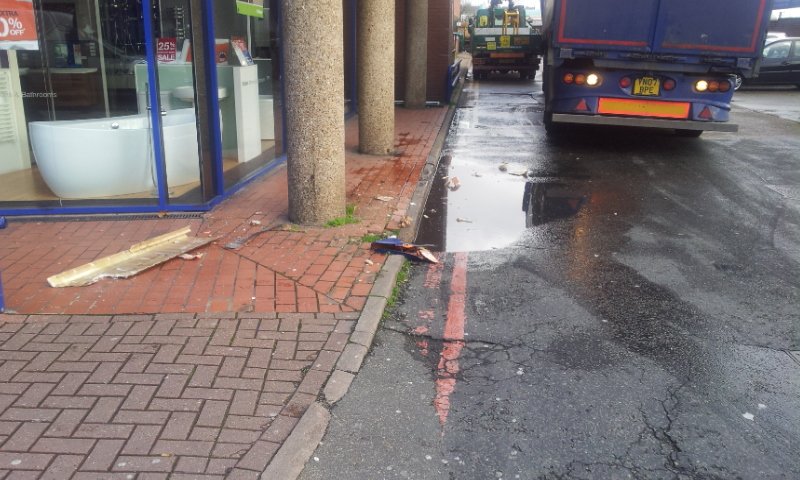 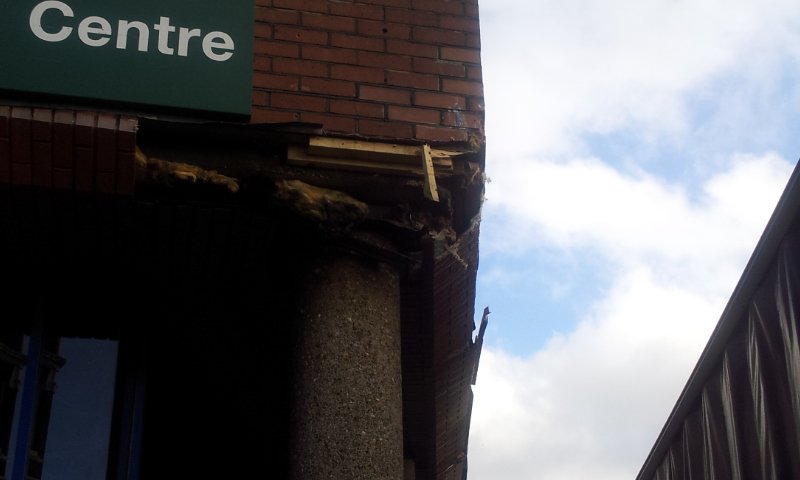 The whole endeavour took a few minutes to unfold. 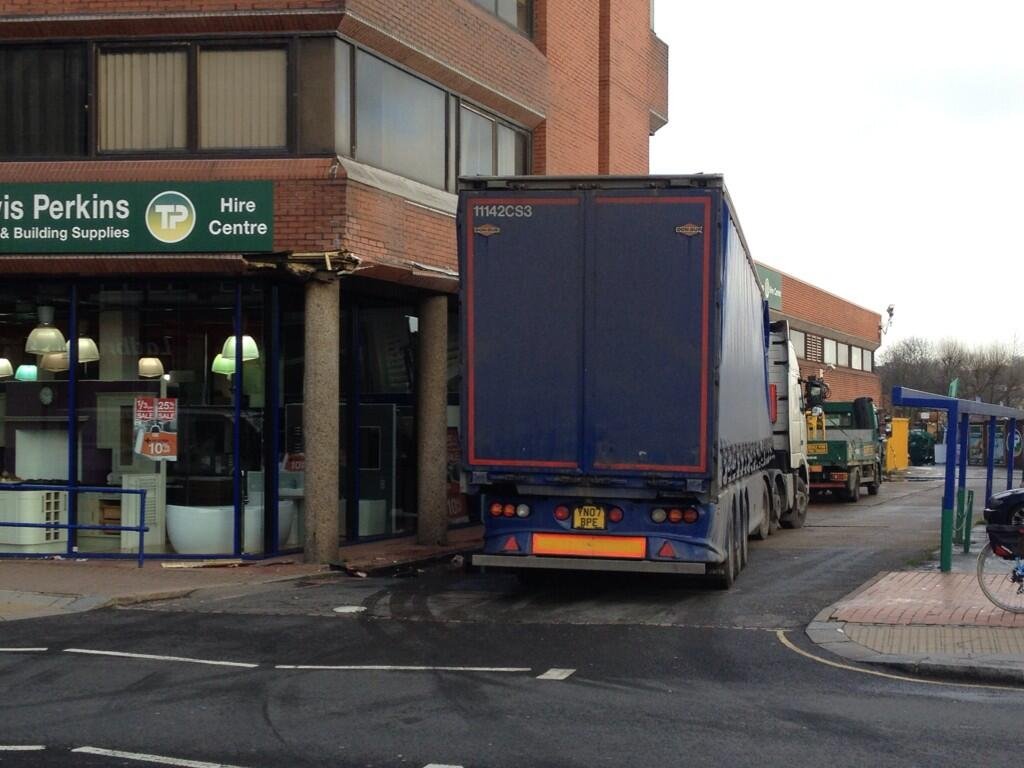 The Travis Perkins site has never been among the area’s most popular or aesthetically pleasing – it is slated for redevelopment over the next five years. It didn’t take long for commentators on Twitter to express their feelings on this latest development: