Burglars broke into The Wet Fish Café on Sunday night. They made off with the safe, which had only a few hundred pounds in it. However, the burglars  also caused around £1,000 worth of damage to the building.

Owner André Millodot arrived at work on Monday morning but didn’t immediately notice the chaos. “I opened up as usual, put the lights on, put the music on… then noticed the smashed bathroom.” 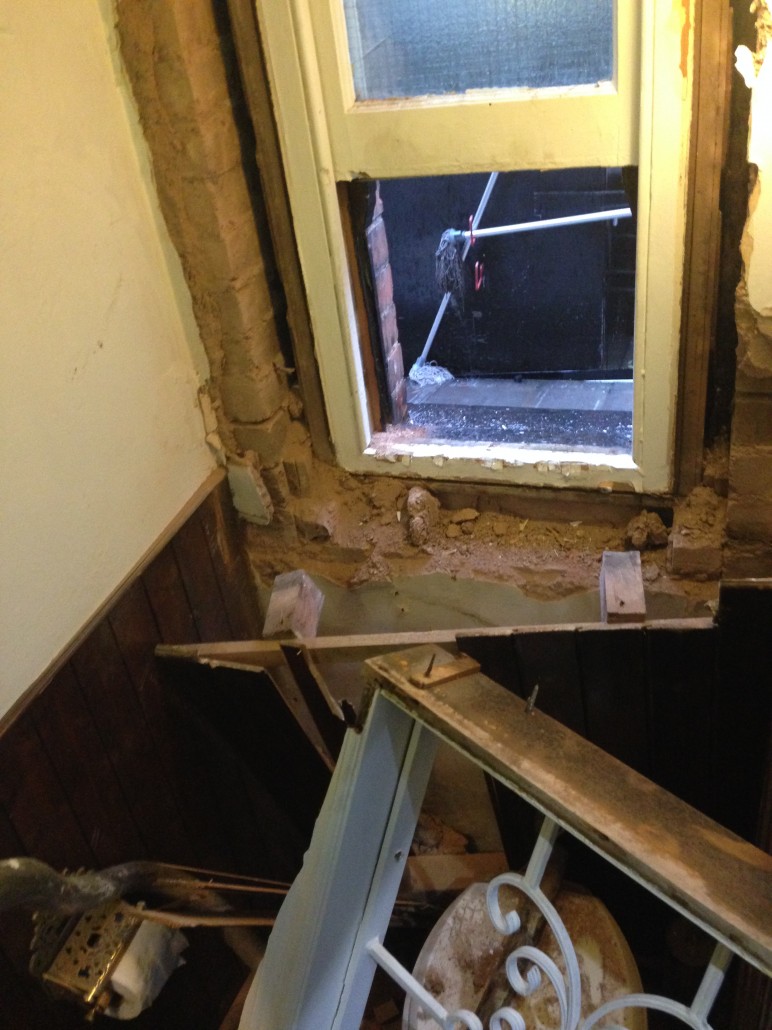 The burglars entered through the toilet window at the back, which is accessed from the small service road behind the row of businesses on West End Lane. They had managed to detach the grille that covers the window, which must have taken considerable force. Pulling down these bars also ripped away the wooden frame and surrounding brickwork.

An upstairs neighbour later confirmed that he’d heard “heavy banging” at around 11pm. “It was raining heavily and we closed early”, said André. The neighbour assumed that the noise was people upstairs moving heavy furniture about, so didn’t investigate further.

It’s the fourth break-in in the restaurant’s 10-year history.

Police and forensics investigated at the scene, and there is a CCTV camera in the service road, which hopefully will give some clues.

By the end of Monday, André confirmed that the toilet had been fixed and bars re-installed on the window. Although the restaurant had been closed over the Christmas period for a thorough sprucing up, the bathroom hadn’t been part of that work.

Despite the New Year setback, André is staying positive.”It could have been worse,” he said, even managing a wry smile at the joke they’d coincidentally chalked on the board outside earlier on the Sunday. 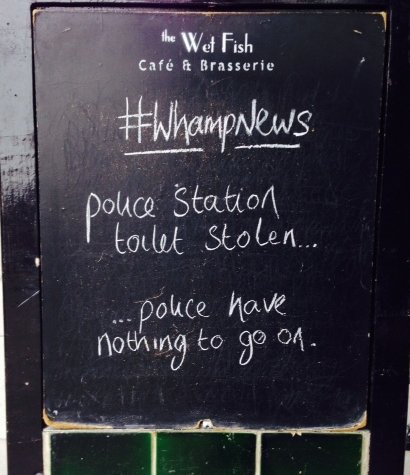 Learn a new skill at Sidings