Light was shed on the Black Path as a group of local turned out Bank Holiday Monday to tackle the worst of the problem.

Opening on West End Lane, where Nfes was, is Thunderbird bar. It will be competing against Salt (formerly known as Lower Ground Bar), which is set to open very soon.

Just a blip we hope, but there’s been an uptick in local crime. Following the recent assault on Billy Fury Way (police are keen to speak to a second woman who took refuge in JW3). A phone was snatched on Mill Lane and there have been a spate of car thefts targeting high-end SUVs, one of which was stolen from Crediton Hill. 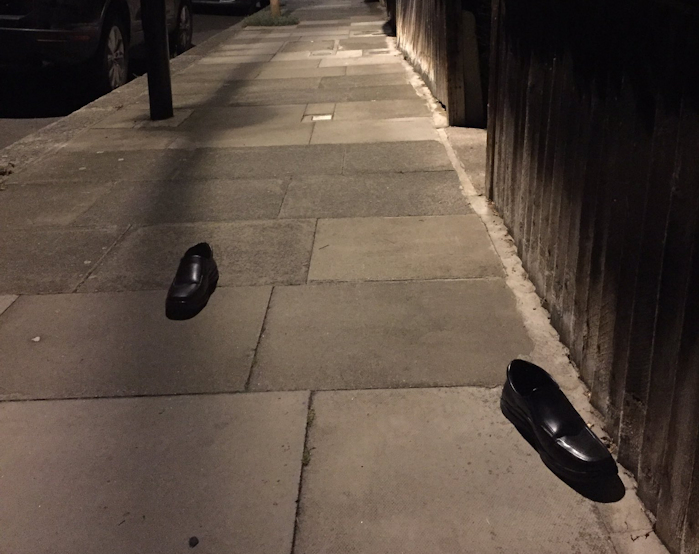 “Has someone on Aberdare Gardens said something blasphemous and got the old lightning bolt treatment?”
Photo/caption via @Simonjhbenson

In the first of a series of chats with locals, WHL provided an insight into Insight Opticians by interviewing Kiran Vyas, who has celebrated 30 years on West End Lane.

Tom ate at Feng Sushi and recommended we go along and try it, for goodness ‘sake’ [the puns are all his own doing]. While Whampdinner at Pham House was a hit. Vo (= cheers in Vietnamese).

Talking of local shops and restaurants, why not nominate your favorite for Time Out Love London 2016 Awards?

Wondered about whether the local informal RuNW6 “club” is for you? The chances are that it probably is – read all about it.

From September 4th, Swiss Cottage Library is no longer opened on Sundays. Apparently there are planned changes to West Hampstead Library opening hours too. More details this autumn.

On the other hand Tesco is extending its opening hours and will now be open 24 hours at the weekend.

West Hampstead had its own power station! Who knew? Our local historians reveal all, through the coal dust. (And for fans of this kind of thing watch out for Granny Drippens steps in the 1910 film as the train pulls into West Hampstead station).

The highly regarded Institute of Contemporary Music Performance on Dyne Road has been given its notice as the landlord want to convert it into housing. However, it plans to extend next door to make up for the lost space.

The planning application for the “Marios block” on Broadhurst Gardens has been submitted (more on this next week). Final plans for 156 West End Lane still haven’t emerged, but are expected imminently (haven’t we said this before?).

The scaffolding has come down on , Heritage Lane.

The O2 centre car park may be used for, er, parking as HS2 has it shortlisted as a potential lorry holding site.

Hampstead Cricket Club secured its place in the Premier League with a game to spare after flirting with relegation earlier in the season.

Open House is a fortnight away, so start planning your visits WHL will offers some ideas of what to visit, both locally and further afield.

A couple of local residents are getting on their bikes to raise money for charity. Mark Reynolds on a ‘Tour de Pudsey’ and Eugene Regis on his way from Land’s End to John O’Groats.

@WHampstead I'm all for entrepreneurial live music, but I think I might murder that saxophone player if he doesn't get some new tunes.

They shot the wrong man!