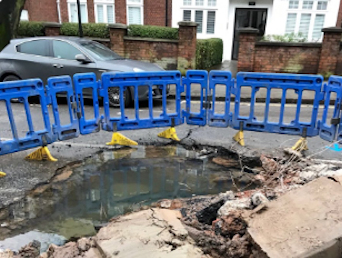 As expected 156 WEL was approved by planning committee, after two and half hour of discussion the vote took 10 seconds and was 10-2 in favour of approval. Half the floorspace will be ‘affordable housing’, but you need to be quite rich to buy any.

As not expected, there was a robbery near Fortune Green. It wasn’t actually on the Green but in nearby Burrard Road, sketchy details but there were several arrests made.

As expected, after having stood down from the shadow cabinet Tulip voted against Brexit. 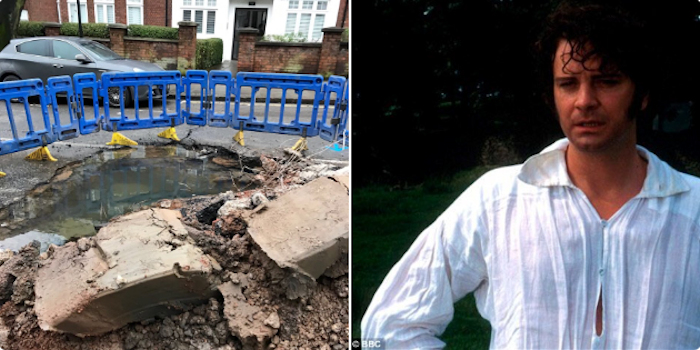 We’re quite enjoying our new lake feature… not really. Photo via @juliaehudson (leak by @thameswater)

Following consultation last autumn there will be changes coming to the 13, 82, 113 and 139 bus routes.

Trouble parking? Probably, if you live on or around Maygrove and Iverson Road. And it is set to get worse. Will Camden do anything about it?

Members of the House of Lords stepped in to help Nazanin, calling her imprisonment cruel and manipulative. The family  received a cynical offer to arrange her release for a payment to a “fixer” of £125,000, but this was rejected.

We thought we had seen peak estate agent before Christmas, but not only didn’t Alexanders close after all,  we are getting another one!

Watch out Roni’s! Dylan’s on West End Green is set to become a Wenzel’s. They have been expanding across NW London over the past few years.

Chelsea, Notting Hill… West Hampstead? A banner in West Hampstead Square announcing the arrival of Provenance, the butcher that seems to like posh addresses.

The Alliance on Mill Lane is up for auction, but the pub isn’t under threat. Having got planning permission to convert the upper floors, the developer is looking to sell the site. But didn’t tell Camden, against the rules for an asset of community value, such as The Alliance. Whatever happens, the landlord’s lease has many years left to run.

And a new feature : Leak of the week

This week’s water main leak was on Mill Lane. Repairing earlier leaks, Fortune Green Road was closed for much of the first part of the week, and West End had traffic lights for the second half.

With apologies to Tulip

And Sarah Hayward did not laugh at this. Honest.