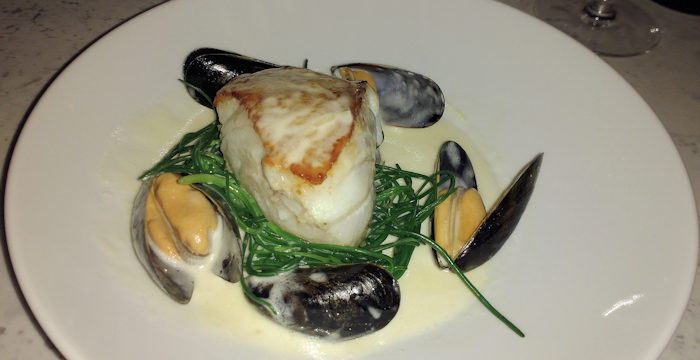 Finally it was my time to sample Ham, the new upmarket restaurant on West End Lane, which arrived to plenty of interest, and with a chef with a reputation. Ham kindly invited me to try it out and the welcome from David and the team was very warm.

We gazed around at the interior, with its soothing colours and neat yet homely feel. Somehow a little different to anything else locally, yet it blends in very well with the West Hampstead feel (then again what do I know about interior design!?)

To warm up, sourdough again showed itself as the boss of breads; perfectly stretchy and chewy, and our wine selection proved successful before even sampling it, as its label featured – errm – a Japanese ninja, and blood (OK, from the colour, let’s say candle wax) dripping down onto an otherwise elegant pair of diners!

I was curious about my starter of Buffalo mozzarella with seaweed and kale; the combination certainly new to me, and it absolutely worked. The kale was fried crispy, releasing a hit of flavour as it dissolved into oil against the fresh mozzarella. Highly seasoned, yet subtle at the same time – a delicate and enjoyable intro.

I tried a little of the Norfolk quail, artichoke, pearl barley and kombu; rich and powerful. What occurred to me again was the depth of flavour and seasoning; a really salty, punchy affair in which the pearl barley created a satisfying background. I asked how the dish was made, not being familiar with kombu, and it was evident that a lot of thought and effort had gone into it. 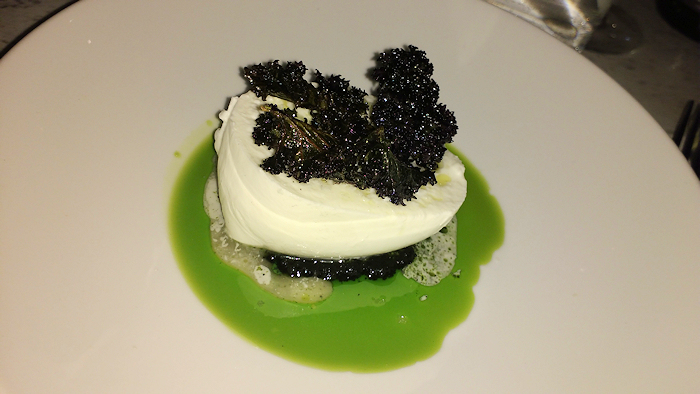 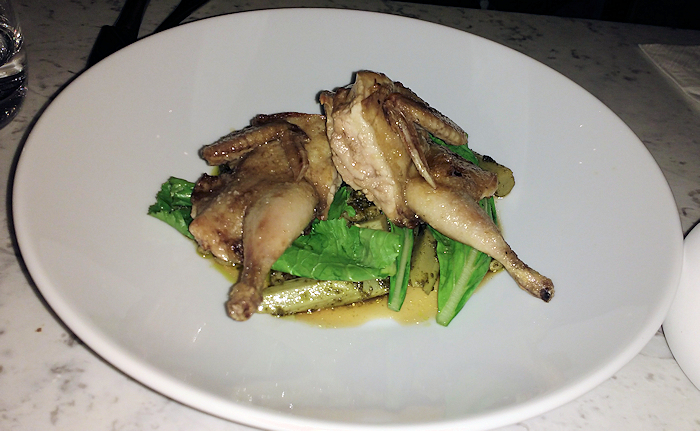 My cod with verjus sauce and mussels was exquisitely cooked and again the balance was perfect, the sauce being deep and decadent; there is a reason why salt and pepper is not present on the table at Ham (though I was assured they’ll provide, if requested). Devon beef (medium rare) with black sesame, soy and turnips also went down well; it occurred to me that these ideas would be popular with those familiar with another fantastic, high-calibre local – Le Petit Corée – which also takes a fusion approach and succeeds greatly with it. 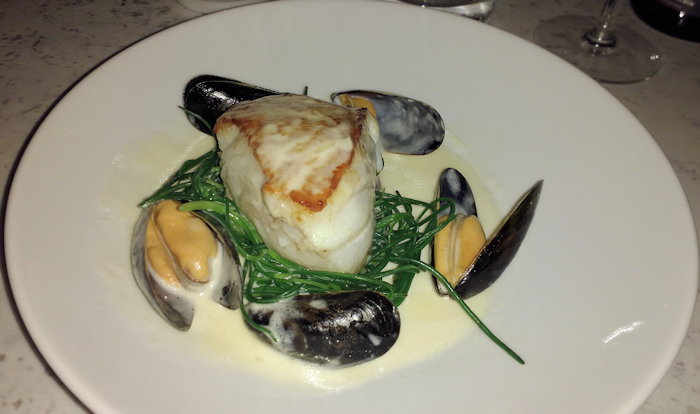 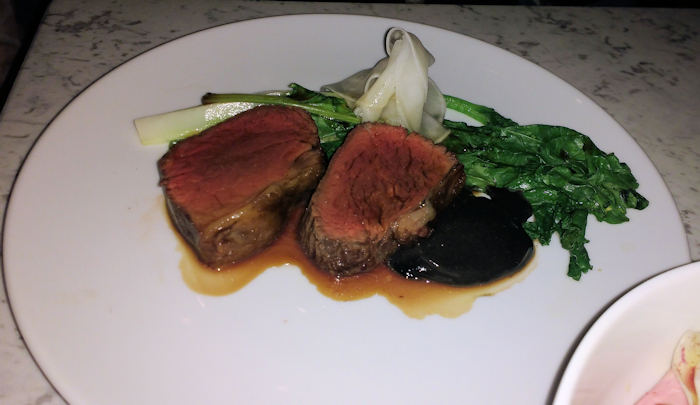 Beef with soy and turnips

Broccoli was perhaps a little firm for me, but then the extra freshness acted as a counterpoint for the delicious smoked cheese sauce, so perhaps that was the idea. A salad of magnificently grand red leaves added an element of palate refreshment. 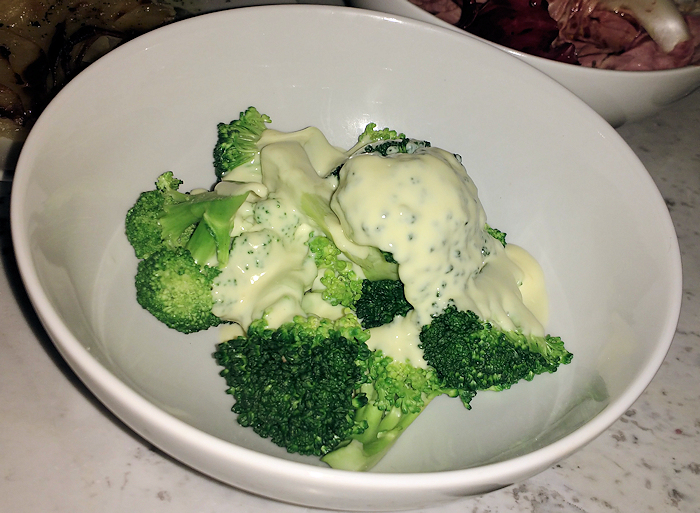 Broccoli (you knew that though) 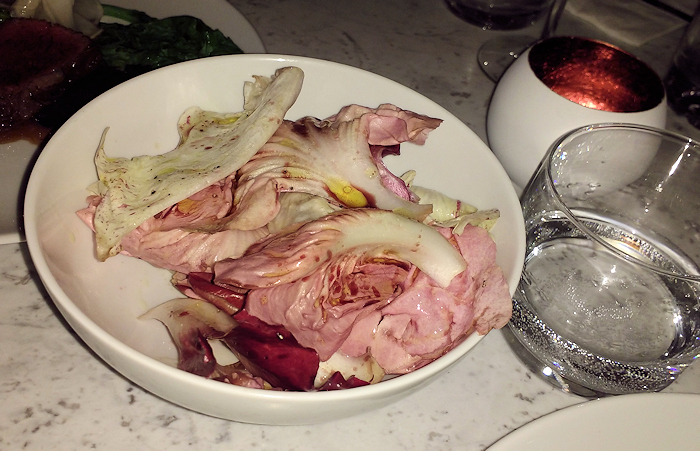 It’s called Ham – something had to be pink

Dessert of chocolate tart, blood orange sorbet and mint might have been missing the mint, on recollection, but it was marvellous anyway. We appreciated its contrast of bitter notes against sorbet sharpness, without too much sweetness. 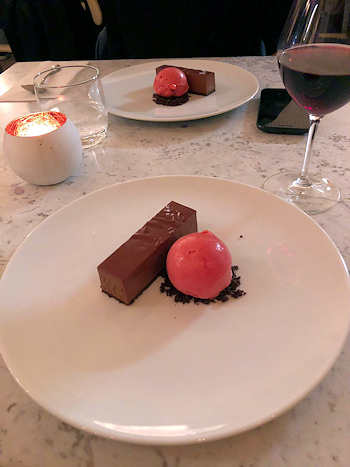 Staff were enthusiastic and knowledgeable; and the atmosphere was buzzing. The restaurant should do well; yes, you need to have three courses and pay a little more than the average, but I feel people will return to experience this type of offering. There’s a reason why the likes of, for example, Wet Fish Cafe and Sarracino have been around for years; diners trust the quality to be present each time, and hence these establishments remain firm favourites.

Ham’s found a home here, and the neighbours have noticed!