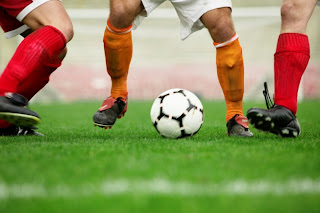 Yesterday I tweeted about Hampstead 7evens, a local seven-a-side football organisation based in Fortune Green. West Hampstead local Thom Hoffman was trying to get a team together and then faster than a Gareth Bale strike into the bottom right corner/Theo Walcott run down the line* people were replying left right and centre expressing an interest.

Then, Thom had an idea and asked if I’d post it, so I am:

“Hi, as there is a lot of football interest I propose an official kickabout. I think it would be a good idea to have a big footy match on Fortune Green next Saturday 13th November K/O 12 noon. Loads of people seem interested, and I’d love to play a bit more locally. There could be enough for a few 7-aside teams in the future; or just enough people interested that we can have kickabout tweetups once in a while. I realise Saturday mornings aren’t great for everyone but it has to be sometime…”

*delete according to your north London football predilections

Jonathan Simpson: Camden’s Musical Mayor What have I missed since October 31st?