It’s been a fortnight since the last newsletter and so much has happened in that time… The Queen celebrated her Diamond Jubilee, the England team went to visit former concentration camps, and in other minor news the world economy lurched nearer to collapse and lots more Syrians were killed. But hurrah for lots of boats, eh?

There was more from the local Labour party on the lack of school places in our part of Camden.

I posted some statistics on Virgin Media’s poor internet performance in NW6.

The Gondar Gardens appeal (for the last but one plan) has been adjourned.

Meanwhile, the Iverson Road development (where the garden centre was) have been approved.

Mill Lane has been designated an “Olympic sensitive street”, which means one on which works may create unacceptable delays and disruption during the Olympic period.

A tattoo parlour is opening on Mill Lane where Best Beginnings was.

The lights at the West End Lane end of the Black Path are being fixed.

Parking is no joke in West Hampstead.

Swiss Cottage and St John’s Wood stations get Wifi in the first phase, West Hampstead and Finchley Road miss out.

What did we make of Sunday lunch at The Black Lion?

The Westbury in Kilburn closed – not quite sure why, though they’re saying that they hope to be back in some guise before too long and a new bar will open on the site in September.

Talking of closures, the owners of The Luminaire finally explained some of the reasons behind the end of the venue.

A £5 shop has opened on Kilburn High Road – is this the final sign of gentrification?

Remember all those Luton fans in West Hampstead recently?

Sea Lantern – now operating as a Persian Grill – got a string of good reviews from locals.

The Kilburn History blog delved into a South Pacific mystery.

Memories were jogged of Ushi – something of a West Hampstead legend in her time.

West Hampstead Life got mentioned in The Guardian in an extract from a book about hyperlocal media.

Whampgather on June 24th sold out quickly, as usual. You can always add yourself to the waiting list.

The first #whampfilm event also sold out in double-quick time.

There were a string of West Hampstead Jubilee events.

Fancy the cinema this week? Check out the local film listings, including those easily-missed one-off screenings.

Coming up
The next Area Forum is on June 19th. 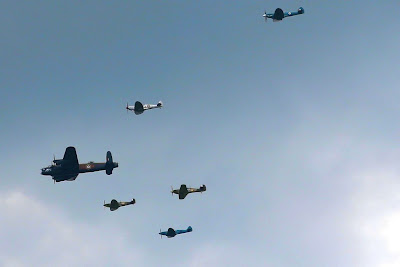