Camden council is trying to determine what elements of the built environment make the borough distinctive. These will form a “local list”, defined as “a collection of the features of Camden’s local areas that are valued by the local community and that help give Camden its distinctive identity… These features make a place special for local people, they carry history, traditions, stories and memories into the present day and add depth of meaning to a modern place.”

The council is keen to point out that we’re not necessarily talking about the obvious:

“Often it is the commonplace things around us that give this character, but they may be overlooked because of their very ordinariness. Pubs, shops, places of meeting, places of worship, benches, statues: subtle or idiosyncratic elements; all contribute to the particular character of a place. These things make a place special for local people, and help it to express a ‘personality’ that carries history, traditions, stories and memories into the present day and adds depth of meaning to a modern place.”

However, before deciding what will be on this “local list”, Camden is consulting resident on what the selection criteria should be. This is what any nominations will be judged against – so if you’re interested in this whole idea, then now is a good time to get involved. This is part of a broader government initiative that encourages councils to set out a positive strategy for the conservation and enjoyment of the historic environment.

The draft selection criteria, which are below, have been drawn up in line with English Heritage’s guidance. But Camden wants to know whether the criteria meet the aim of being broad enough to allow for the recognition of a wide range of buildings features and places, but also specific enough so that it allows for rigorous and consistent assessment of any nominated assets.

“Assets” that are accepted onto the list will be parts of the environment that are not already designated, so no listed buildings for example, but which still contribute to a sense of place, local distinctiveness and civic pride. These are known as “non-designated heritage assets”. Sexy.

A non-designated heritage asset may be a

It can be important for a whole range of reasons which may include the location of a historical event or being home to an important local artist, a particularly good quality example of a recognised architectural tradition, or it may have strong cultural significance for certain parts of the local community (either now or in the past). 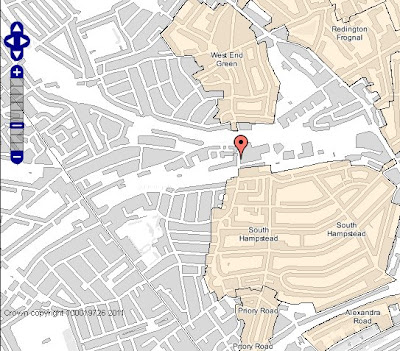 Have a read of the draft selection criteria below, and if you have any comments you can submit them via the consultation form. I’ll let you know when it’s time to nominate the “non-designated heritage assets” themselves, but start having a think about what makes our bit of Camden distinctive.

To be considered for inclusion on the Local List nominations should satisfy at least two of the following criteria:

Townscape Value this includes assets which play a key part in supporting the distinctive character of the local area, either as a landmark of by being examples of prevailing good quality built form of the area.

In addition, nominations to the list should retain the majority of the original features that contribute to their significance.

Farmers’ market – it’s official What have I missed since July 30th?