Indhu Rubasingham, entering her second year as Artistic Director at the Tricycle Theatre, has announced the new season of plays and some changes to the seating policy.

The new season opens in September with the UK première of Colman Domingo’s award-winning A Boy and His Soul. This is followed by the world première of Handbagged – Moira Buffini’s take on the relationship between the Queen and Margaret Thatcher. Rubasingham herself directs Stella Gonet as Margaret Thatcher and Marion Bailey as Elizabeth II.

Starting in November,  Kathy Burke directs a major revival of Mary J O’Malley’s Once a Catholic; and to complete the season, the multi-award-winning Red Velvet written by Lolita Chakrabarti and directed by Rubasingham, returns to the theatre ahead of its transfer to New York. Adrian Lester reprises his role as Ira Aldridge. Chakrabati and Lester also join the Theatre as Creative Associates, along with Rosa Maggiora. 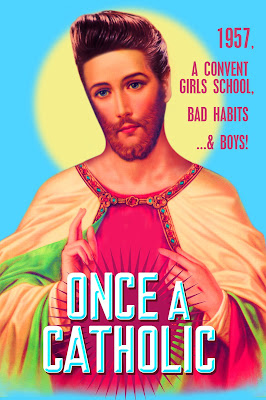 New seating policy
Starting in September, the theatre will also introduce allocated seating throughout the auditorium. This means ticket-holders will no longer need to queue for seats before performances (hurrah – it can be a bunfight at times!). The theatre will also have some £8 preview tickets, cheaper than it’s previously been able to offer. Normal ticket prices will stay the same. Concession tickets will save £2 Tuesday-Saturday. There’s also a season ticket deal: book for three or more plays at one go and save 20%. Finally, there are a limited number of £10 tickets available for people aged 25 years and under for Monday–Thursday for the first two full weeks of A Boy and His Soul, Handbagged and Once A Catholic.

The Tricycle is also re-launching the Tricycle’s Young Company. This is free, and open to 11-25 year olds. It provide opportunities to make high quality theatre productions, and develop skills, confidence and professionalism. In March 2014, a Tricycle Takeover festival will see the Young Company present at least two new works.

Indhu Rubasingham, commenting on the new programme, said “It’s an exciting time for the company, seeing us collaborate with so many writers, actors, and directors, and to reach out to new audiences both here, and in the US, with such a diversity of work.”.