The Royal National Institute for the Blind’s (RNIB) campaign to promote reading, Read For RNIB Day, is having its biggest nationwide event on 11th October. As part of this campaign, some local residents are taking over the normal Black Lion pub quiz on Sunday 13 October to raise money for RNIB. 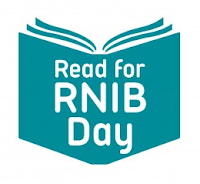 The popular Sunday night quiz at the West Hampstead pub will still be hosted by the pub’s usual quizmaster Gareth, with special literary themed questions and exciting prizes thrown in too. Come along, join in, and test your knowledge!

The Black Lion will be donating all the quiz entry money to RNIB and local estate agent Paramount has offered to match whatever the pub raises.

As the usual cash prize will go to charity, other prizes for teams have been generously donated from local businesses. These will be announced during the evening but we can reveal they include signed copies of books, a brewery tour, vouchers for local restaurants and some food and wine goodies.

Local resident Brie has organised the event with Carla, from Paramount. As a literary agent, Brie is naturally an evangelist for reading, and the Read for RNIB Day caught her attention when she discovered that only 7% of books are available for those who can’t read print. Discussing the RNIB campaign with Carla, they decided they would do something fun to raise money and highlight the campaign more broadly.

To learn more about the RNIB’s work and its campaigns head to the Read for RNIB website.