Today is National Poetry Day. You may not know that Fortune Green has an official poet. Ted Booth is the artist in residence for 2013-14, and has already written a couple of poems, which you can read here, including one about the film screening of Back to the Future.

Today’s poem is inspired by Samuel Taylor Coleridge’s “water, water, everywhere” from The Rhyme of the Ancient Mariner. Given the forecast for this afternoon, it is apposite.

About Ted Booth
Ted was born in 1938 and educated at the London School of Economics. He is a retired lecturer in creative writing at Middlesex University. A part time poet, Ted has published two volumes; Rough Draft (1998) and Fair Copy (2010) and is anthologised in Football: Pure Poetry, Vols. 1 and 2 alongside Seamus Heaney, Roger McGough and Adrian Mitchell. Ted has lived in West Hampstead for over twenty years. 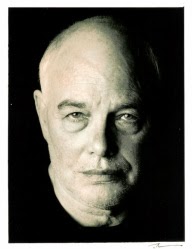