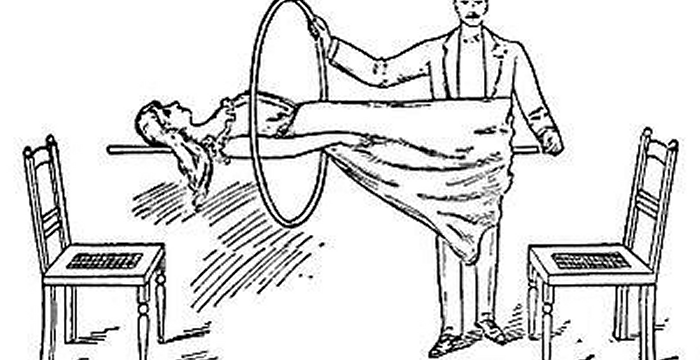 I was recently looking in a street directory of 1911 and was surprised to see a conjuring trick manufacturer called Stanyon and Co. at 182 West End Lane. An internet search revealed several books about magic tricks written by Ellis Stanyon. His first book was Conjuring for Amateurs, written in 1897; his later book is available for all to read. 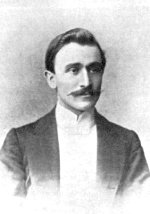 William Stanyon was born in Husbands Bosworth, a Leicestershire village, in 1870. When he married Catherine Eleanor Fairs in November 1893 in Westminster, he was a clerk living at 57 Bolsover Street in Marylebone.

The Stanyons moved to 76 Solent Road, just off Mill Lane, in about 1900 and in the 1901 census William was listed as a jeweller’s clerk. In his other role as a magician he called himself Professor Ellis Stanyon, of Stanyon’s School of Magic, Solent Road.

Ten years later, the next census showed the couple at the same address with five children aged between four and seventeen. Now William said he was a toy dealer. He’d opened a shop in West End Lane in 1906 at what was then called 9 Lymington Parade but was renumbered as 182 West End Lane the following year. Stanyon kept the shop until 1919 and sold toys, conjuring tricks and foreign stamps. After this date he sold goods by mail order from Solent Road.

Stanyon became interested in magic after seeing a show at his school and reading a book of magic tricks. He became an important professional magician who edited a monthly magazine called Magic, which ran for 177 issues from 1900 to 1920 (pausing for WWI) and contained news and tricks. It was described as “The only paper in the British Empire devoted solely to the interests of Magicians, Jugglers, Hand Shadowists, Ventriloquists, Lightning Cartoonists and Speciality Entertainers.” 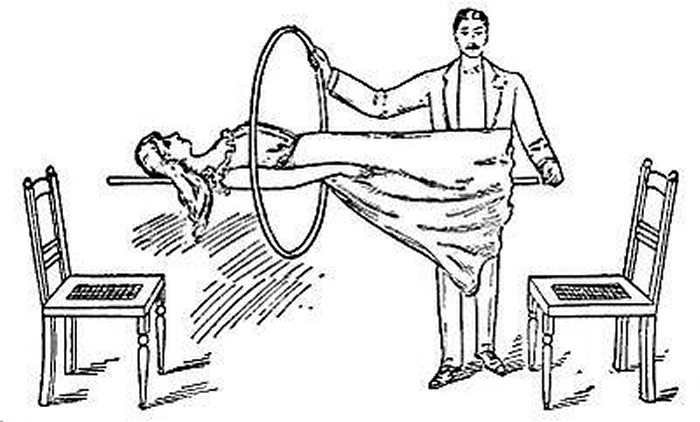 Fellow magician Sid Lorraine, who visited Stanyon at his home in Solent Road about 1928, wrote:

My knock on the door was answered by the great man himself. He had a waistcoat and rolled up sleeves and was wearing slippers. A short, somewhat stocky fellow with a friendly smile, he welcomed me, informed me that his family were out for the day and we had the house to ourselves. As an avid reader of his Magic magazines I had dozens of questions, all of which he answered willingly. He did a number of sleights with a billiard ball, most of which completely fooled me, because as I learned later, many of the moves were pantomimed (as he had ditched the ball several minutes earlier).

I queried the safety of his publishing how to do The Devil’s Whisper. This is the effect where you snap your fingers and the result is a loud bang. I had used it in theatres for a couple of years with great success. I had followed the instructions in his booklet very carefully as I believed what he had written about the dangers of using such explosive material. There had been many who had accidents; Mr Paine of the Chicago Magic Company had lost a hand. Stanyon excused himself for a moment left the room and came back with two bottles. He made a cushion pad from a sheet of paper and mixed the two powders using a feather. Then for the next five or ten minutes dipped his finger and thumb in the mixture and walked around the room snapping his fingers, he produced loud revolver-like reports that I was certain would have the neighbours complaining or the police invading. Neither happened. The neighbours were either away at work or accustomed to the Stanyon cacophony.

After this demonstration, Stanyon poured water on the mixed chemicals and then buried them in the back garden. A practice he assured me he had done hundreds of times.

William Ellis Stanyon lived at 76 Solent Road until his death in 1951 when his son Cyril took over The House of Magic business. William was buried at Hampstead Cemetery, Fortune Green Road on 6 September. He left £1,927, worth about £50,000 today. His wife Catherine was buried there on 25 April 1963, but today there is no visible headstone.

Number 182 West End Lane no longer exists as separate premises. It became part of The Pine Shop, and is now where the Tesco ATM magically dispenses crisp £10 notes upon entering a secret 4-digit code.