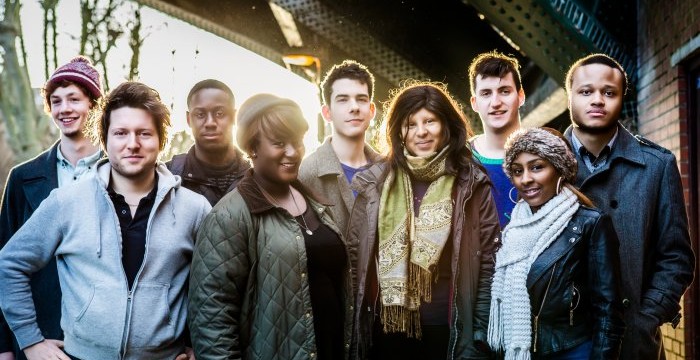 The Tricycle Theatre has always been vocal in its support of young people but for the first time, Kilburn’s premier cultural venue is putting its money where its mouth is and handing over control of the building for a week to the Tricycle Young Company. During The Takeover Festival, which runs from March 30 – April 5, this group has programmed a week of theatre, film, music and poetry. 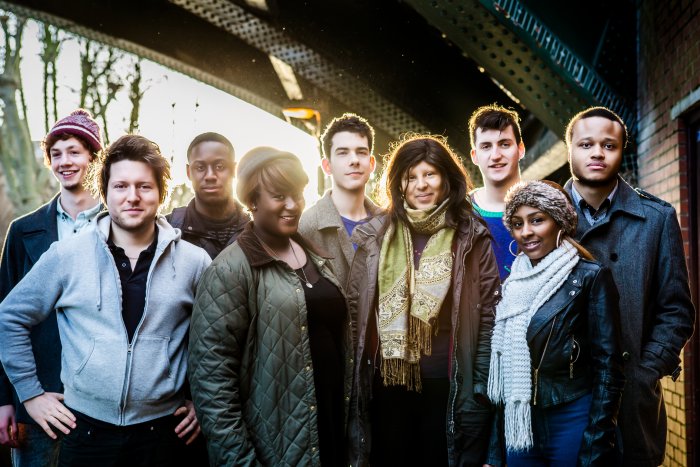 During the week, seven new plays will be performed by young people aged 11-25 on the Tricycle stage, including some written and performed in partnership with the National Theatre. The biggest production is The Kilburn Passion, written as a new commission by Suhayla El-Bushra, a successful writer for stage and screen, former resident of Kilburn and herself a one-time member of the Tricycle Young Company.

The drama takes place along the Kilburn High Road, and anyone familiar with the area will “definitely recognise a lot in the play,” according to cast member Hayley Konadu. It tackles issues such as the stereotypical perceptions of Kilburn and its community that are familiar to many of us.

There’s something in it for everyone, says director Emily Lim, whether or not you’re familiar with Kilburn High Road. “Most people in the company are local, and there’s a lot of diversity of experience that has gone into the play. Londoners tend to look at our shoes rather than looking into people’s eyes, so it’s about questioning why we’re so hesitant to look and see and listen to the people around us and to place ourselves within a broader context of relationships and friendships and networks and community.”

“Suhayla was inspired by the Easter tradition of a Passion Play and we’ve really enjoyed the idea that a passion play was something traditionally performed by a community for its own community, and it’s also about a community.”

The play’s genesis was a very collaborative process, with El-Bushra meeting the Young Company at the outset and incorporating their ideas and personalities into the finished work. Emily explains “Suhayla’s brief was to write a piece that reflected Kilburn, and a piece that reflected our company of young people to unlock the spirit of what this company is and what makes them tick.”

It’s also been a rare opportunity for young people aspiring to careers in performing arts to work with a professional team of lighting and sound designers and stage managers. As well as supporting the young performers’ professional development, Emily is keen to point out that the scheme is “also hugely about personal development and creating a culture of support and kindness because we think that’s how we’ll create our best work, and we know that this work helps our young people to learn more about who they are and what they can be.”

As well as being a fun process, it’s clear that a lot of work has gone in to the creation and evolution of The Kilburn Passion and that the cast has risen to the challenge and the high expectations placed upon them.

As Hayley explains, “The Tricycle has always supported the youth, but the Takeover is taking it one step further. We’re the next generation, so why not push us to greater things? The pressure is good, because it forces us to act professionally. Because sometimes you’re treated as ‘just the young company’. But where’s the line between young company and professional? I like the way they’ve forced us into the professional world: ‘This is how you do things.’ And the best way is by learning.”

Hayley’s enthusiasm for the project shines through as she explains the evolution of the play. “The rehearsal process has been amazing. We started in September with our selection workshops based around what we like, what we don’t, what we’re passionate about, and what we want to have in our play – because The Kilburn Passion is a play that has come from us. Suhayla’s taken all the ideas we’ve put into it and just connected it up into an amazing play.”

Emily says “It’s the first time that the building has done anything like this, and put so much faith into its young people, and by giving us the main stage to perform on and giving such a high level of professional investment in terms of the creative teams and the writer that we’re working with, it’s showing an incredible amount of belief in the work and it’s making a very important statement that reflects the Tricycle’s whole ethos about bringing marginalised voices into the mainstream and it’s very unique in London.”

The Kilburn Passion runs from April 3-5 and West Hampstead Life readers can get discounted tickets by entering the code WestHamp when they book online.