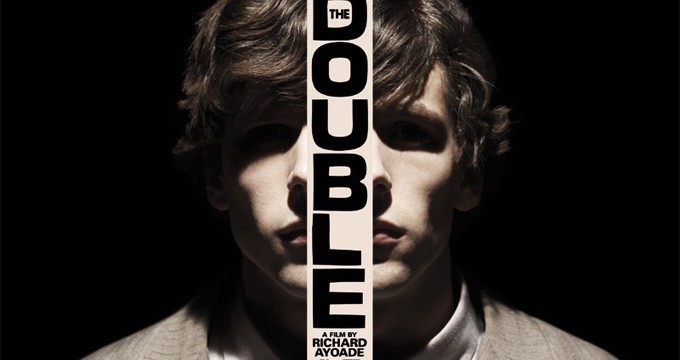 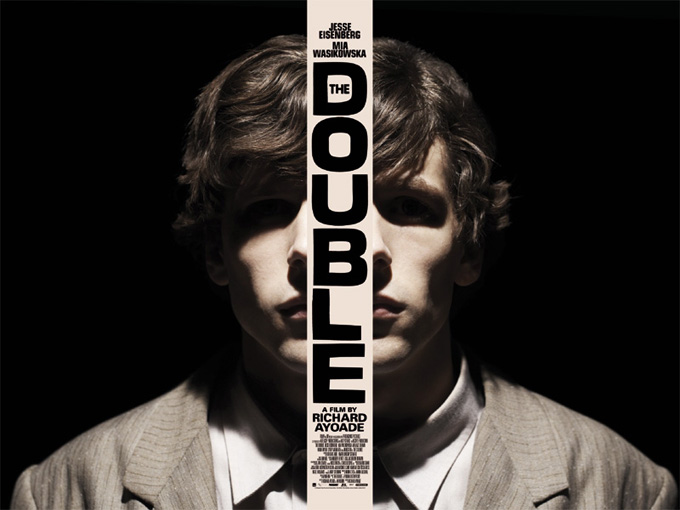 What do you get if you cross Dostoyevsky with The IT Crowd? Possibly The Double, a movie from Richard Ayoade (star of TV comedies and director of the impressive debut Submarine) based on a novella by the giant of Russian literature. It’s not a pairing you might expect but, judging by the reviews so far, it’s a good one.

The story on which the film is based was itself inspired by the writings of Dostoyevsky’s contemporary Nikolai Gogol. Gogol also inspired the book and movie, The Namesake. The film The Double itself has a namesake, the 2011 spy thriller staring Richard Gere. However that was pretty dire… so back to the film in question.

With the stellar pairing of Jesse Eisenberg (x 2) and Mia Wasikowska, an intriguing premise, and a great trailer it looks like it could be a hit. The Guardian gave it 5 stars – but what will film club make of it?

I hope you can join us at the Tricycle Cinema on Sunday 6th April. The film starts at 8pm and as usual, we’ll meet in the bar from 7:30.