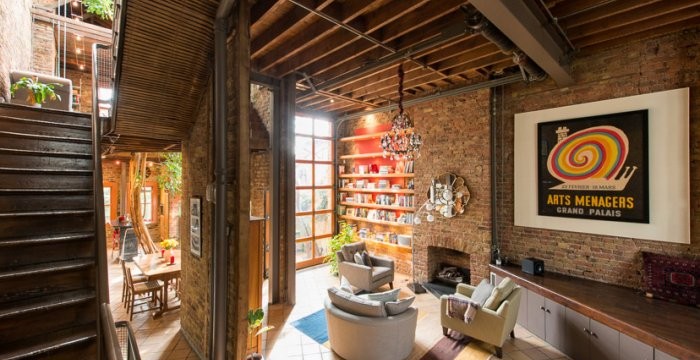 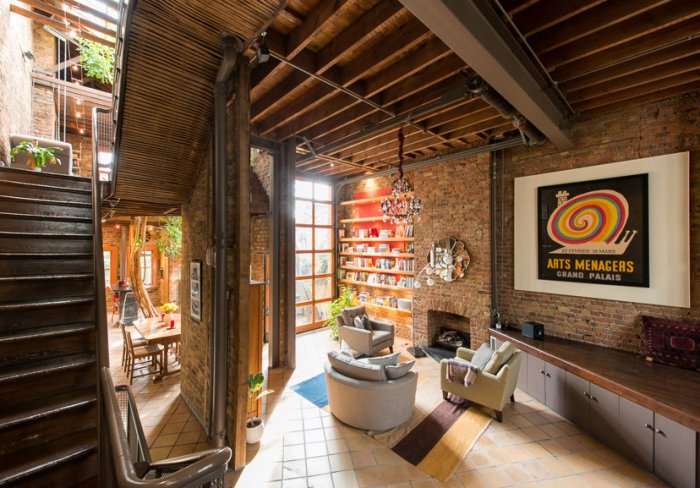 Photo via The Modern House

“I fell in love with this extraordinary house. It’s an ordinary terraced house, but an architect scooped out the inside and created all these different levels. There are two trees growing through the middle.”

That was Stephen Fry, in 2002, talking about his house on Sherriff Road in West Hampstead. It’s now on the market again, four years after Fry sold it, for just shy of £2.5 million.

Fry sold the house around the same time he split from his long-term partner Daniel Cohen. According to the Daily Mail, Cohen received all the proceeds from the sale.

The house sold for £1,850,000 back in 2010 and it’s back on the market with The Modern House at £2,495,000. It is a spectactular property – five bedrooms over three floors (although the floors are far from traditional in layout), and what the agents now selling it term “significant spatial drama”. That’ll be the tree in the middle.

The agents, who specalise in architecturally significant properties, explain more: “The house was redesigned in its entirety in the 1980s by the architect Brian Muller, who stripped it back to the structural fabric of brick, joists and lath, and planted a tree that grows through the middle of the space. Huge glazed up-and-over doors flood the interior with natural light and allow it to be opened up to the south-facing garden, providing a seamless transition between inside and out. Metal service ducts and boldly exposed pipework are a nod to the High Tech movement pioneered by architects such as Norman Foster and Richard Rogers.”

Assuming that the property goes for at least its asking price, it’s a 35% price rise in a little under four years, well ahead of the estimated 25% price rise for the street as a whole over that time.

What have I missed since March 24th?