West Hampstead’s cheapest property is relatively its most expensive… and is really really small.

By contrast, Stephen Fry’s former house – a stunning 5-bed property with its own internal tree – is back on the market for just under £2.5 million.

In the week when gay marriage became possible, local vicar Fr. Andrew Cain was featured in The Daily Beast about his own church-defying stance on gay marriage. 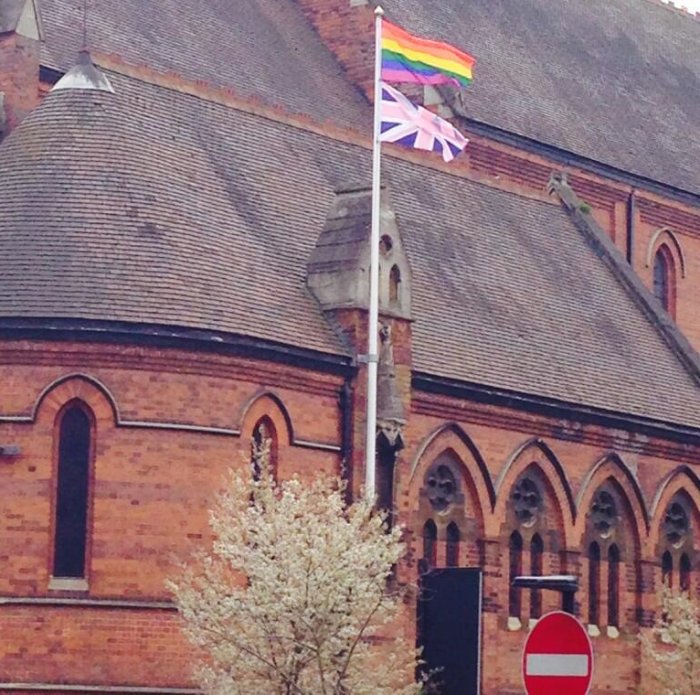 A man was jailed for a string of burglaries in and around Maygrove Road last month.

After Lib Dem candidate Maajid Nawaz’s rambunctious performance on Newsnight, the Spectator suggested the Lib Dems might scale back support for him in Hampstead & Kilburn. The Lib Dem press office refuted the claim.

The psychotherapy school that wants to move into Fortune Green has won over local residents.

The Crediton Hill pebbeldash story that the Camden New Journal covered earlier in the month, made it to the Daily Mail. Any excuse for a photo of Emma Thompson.

West Hampstead used to have a magic shop – but it disappeared long ago!

As work continues on Maygrove Road, Handrail House has been demolished.

The 2nd whampsocial was another great success. The next one will be April 16th at Frida’s bar again. No tickets, just turn up. The tacos are great!

The planning application has been submitted for the 24-storey tower block at Swiss Cottage. More details on the local councillors’ blog. There’s a campaign opposing it already @swisscottageag.

NW6 Film Club is off to see The Double (Richard Ayoade meets Dostoyevsky through the medium of Jesse Eisenberg) on Sunday at The Tricycle. All welcome.

We spoke to the director and cast of The Kilburn Passion – a play commissioned for the Tricycle Theatre that will be performed by its Young Company this week.

An elderly woman was hit by a lorry on Thursday on the Finchley Road near Waitrose. She was taken to hospital with serious but not life-threatening injuries.

After Nautilus’s mention in Time Out a couple of weeks ago, this week it was Bake-a-boo’s turn to represent north London – for “best afternoon tea“.

A UFO (oh yes) was spotted in West Hampstead earlier in the month.