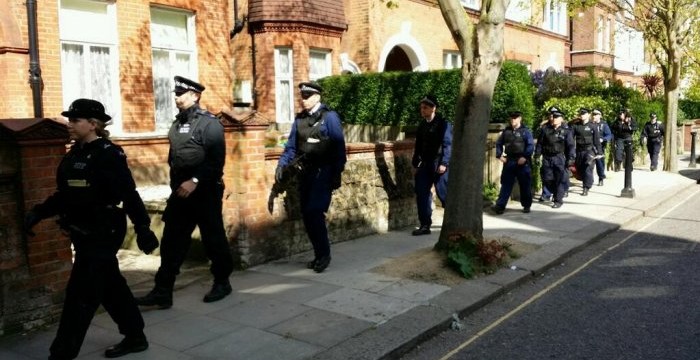 Plans were approved to convert the upper floors of The Railway into office space and flats – but one employee has other ideas.

The new greengrocers on West End Lane has got pulses racing.

An eviction on Lymington Road on Thursday brought all the boys (in blue) to the yard. 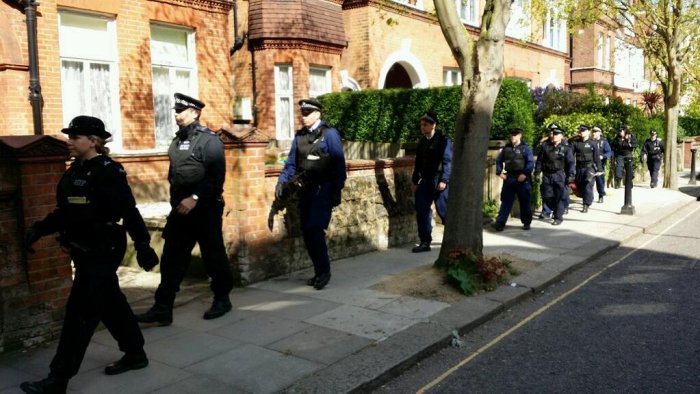 ?Police moving in now to forcibly evict tennant via @RiotfromWrong

Three of the men accused of killing Sabrina Moss appeared in court to plead not guilty. The trial is scheduled to start on June 3rd.

We’re filling out the candidates for May 22nd’s council election.

Nicholas Winton – the “British Schindler” – was born in West Hampstead. He saved more than 600 children. His nephew has clarified some of the facts in the comments.

Tom’s tried old-school Italian Luigi’s on Goldhurst Terrace. What did he make of it?

The Taste of Kilburn festival kicked off this Saturday.

If you’d like a stall at this year’s Jester Festival (July 5th/6th), now’s the time to stick your hand up.

This Wednesday it’s #whampsocial time again – from about 7.30pm at Frida’s, downstairs at Mamacita. Come along, meet some lovely locals and drinks some smokin’ cocktails.

Calvary is Film of the Week. All the local listings and Mark’s recommendations here.

Gig of the Week is Black Lion Courtiers at The Good Ship on Friday. Check out all the local music listings.

Whampgather tickets are now available for May 1st. Mailing list subscribers have already snapped up more than 200 of them (the first 100 went in 40 minutes). If there are any left by tomorrow (Tuesday), they’ll be available for general release.

If, in an idle moment, you’d ever wondered what the signal box at West Hampstead looked like… wonder no more!

you get a different class of noise pollution in #westhampstead. neighbours are blasting richard burton under milk wood into the morning sun.