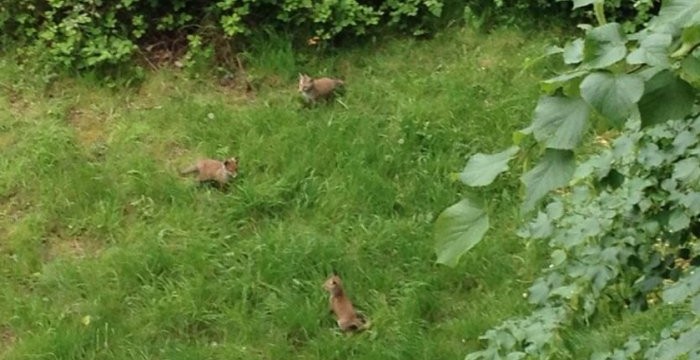 Labour swept the Lib Dems out of their north-west Camden stronghold in the local elections on Thursday.

West Hampstead Life was at the count (re-live the night) and, while many seats were relatively straightforward, West Hampstead and especially Fortune Green were close fought battles. See the full results and the swing since 2010.

First Capital Connect has lost the Thameslink franchise. As of September Govia Thameslink will be the new operator. 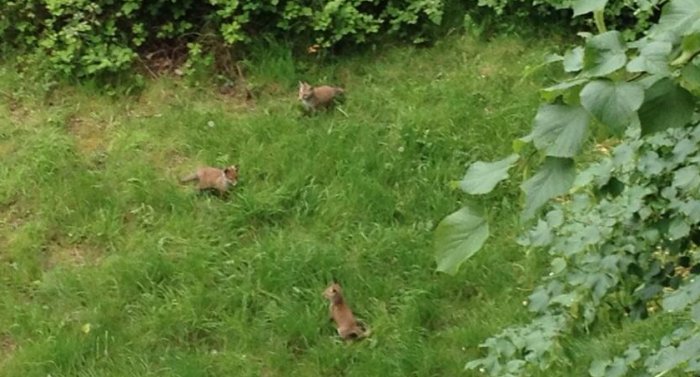 This is why it’s been a bit noisy lately! Baby foxes in #whampstead via @ONicolaides

There was final confirmation of the plans to put a lift into the Overground station.

If you’re still not sure what’s going on with school provision in the area, this pre-election summary will help.

Pan-Asian new kid on the block Mamako got the whampreview treatment. After a disastrous opening night, have things picked up?

Everyone knows John Lewis is 150 this year, but did you know about its Kilburn connection?

The Minster Road recycling point has been moved round the corner to Westbere Road. Will be interesting to see whether this helps reduce the flytipping problem. (talking of flytipping – here’s Walm Lane in Willesden Green earlier this week).

The Alexandra & Ainsworth estate features at the start of this trailer for new British film Kingsman.

Wagamama opened on Friday at the O2 and the Wetherspoons there closed on Sunday. The rumour is that the unit will be split into two restaurants.

If you’re concerned about planning issues – especially basement excavations – in South Hampstead, then make sure you go to the CRASH AGM this Tuesday evening.

A sculpture to Bradley Wiggins (though not OF him) was unveiled in South Kilburn.

Whampsocial is back this Wednesday from 7.30pm at Frida’s bar at Mamacita. No need to reserve a place, just turn up!

NW6 Film Club is back too: this Sunday June 1st, we’re off to see Ken Loach’s new film Jimmy’s Hall.

Sadly, the Film(s) of the Week – JW3’s outdoor screenings – were cancelled because of the weather. All the new releases however and full local listings are still here. The JW3 films will now be June 15-17.

This Saturday is another outdoor screening. Pixar classic Up is the Film on Fortune Green. Film starts at 8.45pm, but picnics tend to start from around 7pm.

The Christian Brewer Quartet at The Gallery is Gig of the Week. Check out all the local music listings.

Progress continues apace in turning St James Church into a post office/café/play area (and church). This week we got to see the amazing ceiling.

Regal Homes have posted an update on the Maygrove Road development.

A tree came down on Maygrove Road amazingly falling over, rather than on, a parked car and missing another car driving towards it.

A car crashed into a wall on Fortune Green Road on Sunday morning. Not clear whether anyone was hurt.

One of our newest hairdressers needs a proofreader.

Kilburn High Road went into mini-lockdown on Saturday afternoon before the QPR v Derby match at Wembley as some trouble broke out outside The Black Lion.

Tweet of the Week
A lot of contenders this week, but this one gets the nod for acknowledging the hard work done by departing councillors while laying down the gauntlet for the newly elected.