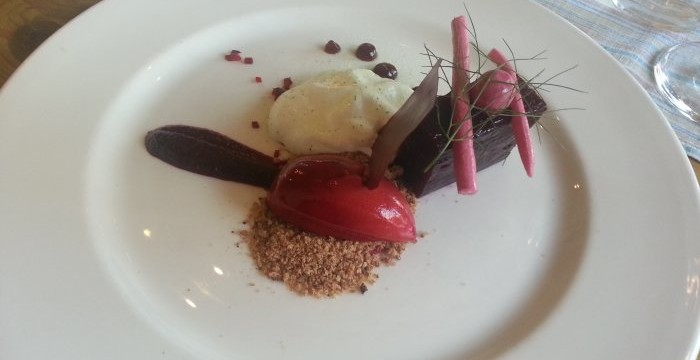 I was grateful to receive an invitation to A Sweet Night Out – the new supper club being run out of The Kitchen Table on Mill Lane.

It was a very informal affair, with groups served pretty much as they came in, rather than together. This presumably helped the kitchen to cope, and contributed to the fact that the food was flawless and technically amazing. Attendees were required to bring their own booze; Andrea at Vini Vini next door had been given the menu and was ready to make wine recommendations, red or white, according to people’s budgets. 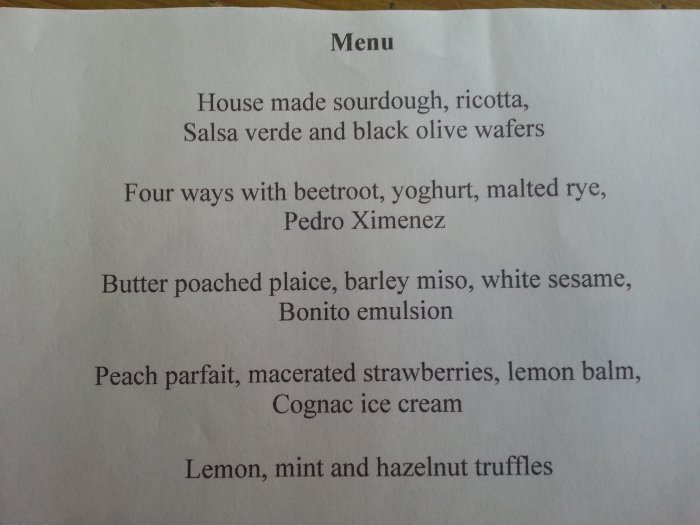 Kicking off proceedings was a plate of sourdough, with ricotta and a salsa verde, the latter wonderfully rich with basil, and both scooped up with black olive wafers; intriguing little shards which prompted me to ask chef Sean how they were made (though I promptly forgot his explanation, of course). An impressive introduction.

Next up was beetroot four ways, with yoghurt, malted rye and delightful little bloblets of Pedro Ximenez sauce. Vibrant flavours, with sweet, sharp and tangy elements rounded off by the PX (which perhaps might have benefited from greater quantity). 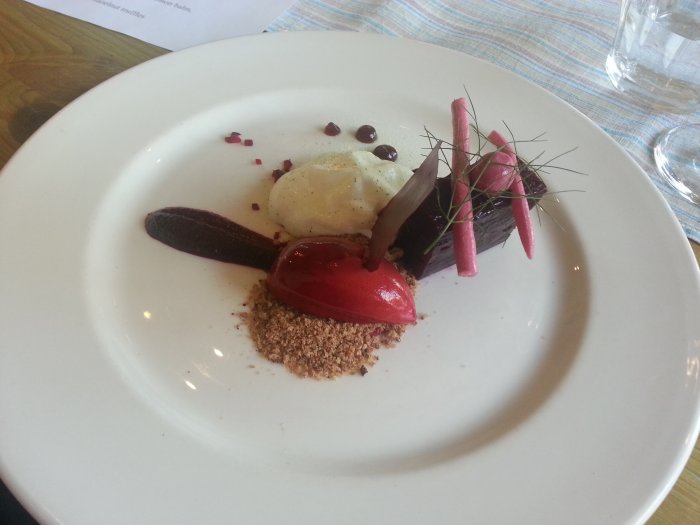 Butter-poached plaice, barley miso, white sesame and bonito emulsion followed, which had me all confused over which was which, as I was naively clueless as to what bonito actually was. The plaice, advised the waiter, was comprised of two fillets pressed together, to give it more physical dimension, and was cooked with immaculate precision. It’s a cliché to say food “melts in the mouth”, but this did. 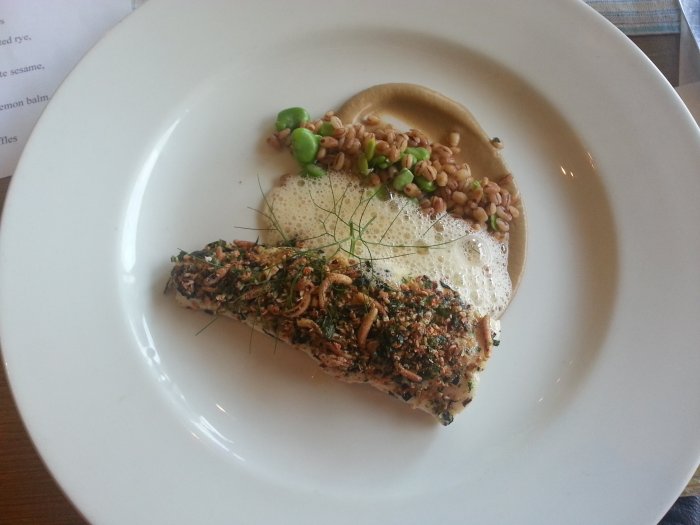 A dessert of peach parfait, macerated strawbs, lemon balm and Cognac ice-cream was fun, interesting and refreshing, though the flavours here were a little more understated….or perhaps tanning a bottle of Valpolicella in half an hour had dulled my taste-buds, brain, or both! 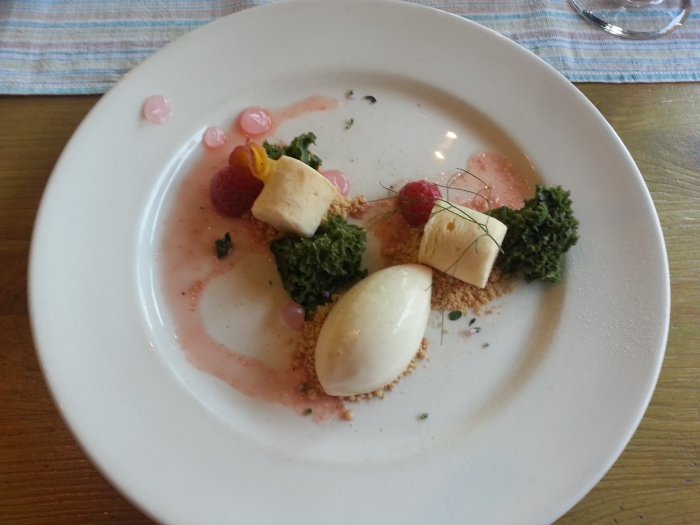 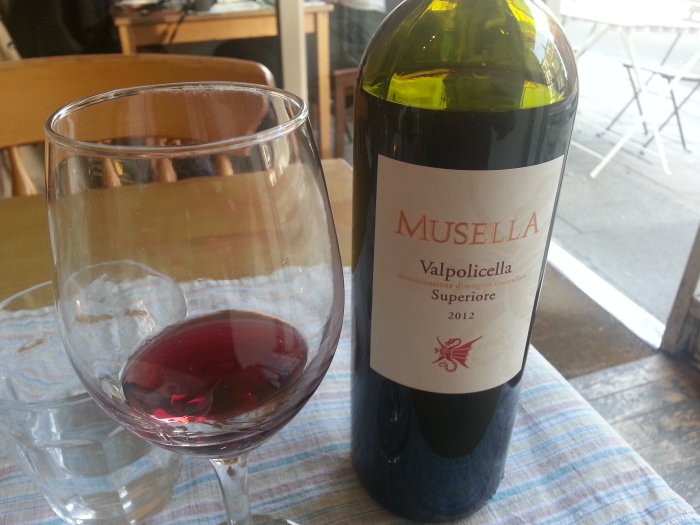 Possibly a more integrated, social approach might be worth trying, though for large numbers I imagine there are challenges.That said, I enjoyed chilling out with a newspaper and eating these types of dishes without a care in the world.

A great success, certainly, and a welcome opportunity for locals to experience some fascinating fine-dining in a relaxed environment. A sweet night out, indeed.