A new Twitter account has started @noto14storeys – it’s spearheaded by local Conservatives who claim they want cross-party support, although the first “demo” appeared to be have been publicised only to Conservative supporters.

At a council meeting about schools, there was more clarification (if that’s the word) about the demand for school places. You’ll need to read the documents for Agenda point 9. 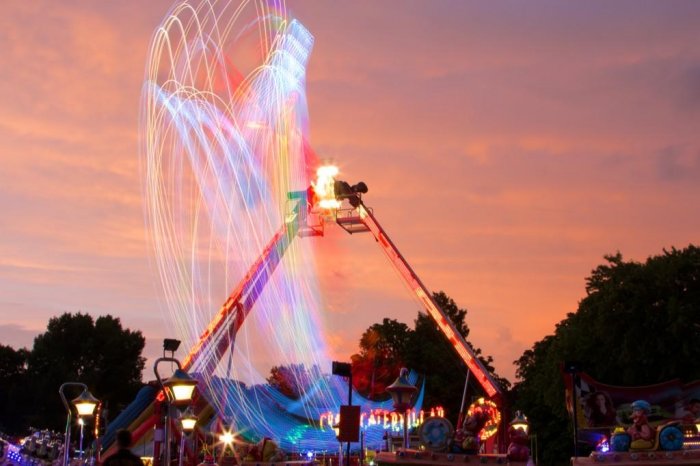 The Tornado in action at the funfair in Kilburn Grange Park Friday night via ?@UKColin

Tom visited Mill Lane Bistro for brunch – a concept that clearly confused him.

Charles Dickens’ brother lived in West Hampstead for a time.

Finding Vivian Maier is our Film of the Week. Check out that, the new releases and full local listings.

Tonight (Monday) is NW6 Film Club’s trip to The Tricycle to see the acclaimed Boyhood. Why not join us?

You can also now vote for the next Film on Fortune Green. Predictions are for a tight race between Groundhog Day and The Princess Bride.

Fruitful Earth at The Earl Derby on Thursday is this week’s Gig of the Week.

Aldi in Kilburn got the Daily Mail treatment.

A Kilburn Neighbourhood Development Forum is in the offing – ambitiously planning to span the High Road and cover two boroughs.

Kilburn High Road is also to be cleaned twice a day – at least the Brent side is.

There was consternation after a tree was felled on Fortune Green. The sycamore was damaged during the St Jude’s storm last October and is one of a few trees that need to be removed over the next few weeks.