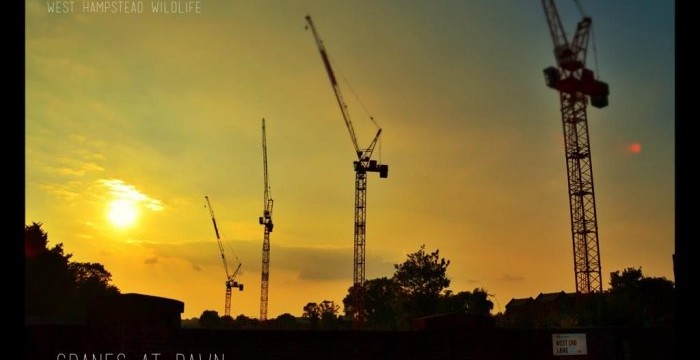 A double-edition this week covering the past fortnight.

There was a second public meeting about the Liddell Road development. Camden has knocked three floors off the height of the tower, bringing it down to 11 storeys, and added (from a base of zero), four affordable units out of the 100 now proposed. Residents at the meeting remained underwhelmed.

The Hampstead Cricket Club celebrity cricket match was another star-studded occasion, and a suitably fun close to the season before next season’s 150th anniversary year kicks off

La Smorfia is up for rent – could be a prime spot given its proximity to the new Waitrose.

Did Jack the Ripper live in West Hampstead? Obviously depends on who you think the Rippper was!

The campaign to get a lift installed at West Hampstead tube station intensified.

Property News looked at the impending arrival of Foxtons – how bad could it be?….

Remix opened its new salon/saloon on Broadhurst Gardens – a bar in a hairdressers… what will they think of next!

The weekday market continues to impress – and now even local restaurants are getting in on the act as Ladudu set up stall.

After a bit of dithering about, the new local councillors have decided to continue to hold a joint West Hampstead/Fortune Green wards meeting every few months. The next one will be October 21st – it’s a good chance to meet your new councillors and find out what’s been happening since May.

"Our restaurant in NW6, is sandwiched between the vibrant centres of West Hampstead and Maida Vale, near Finchley Road" JUST SAY KILBURN!