The West Hampstead & Fortune Green Neighbourhood Development Plan passed its independent examination and will now go to a referendum. More on this later in the week.

New Year means gym memberships sky rocket, but what’s the right deal for you? We crunched the numbers, weighed up the pros and cons, and cut through the spin to round-up all the local offerings.

The full responses to the West Hampstead NDF Liddell Road survey were released. The bottom line: plenty of support in principle from locals, but the details please very few. 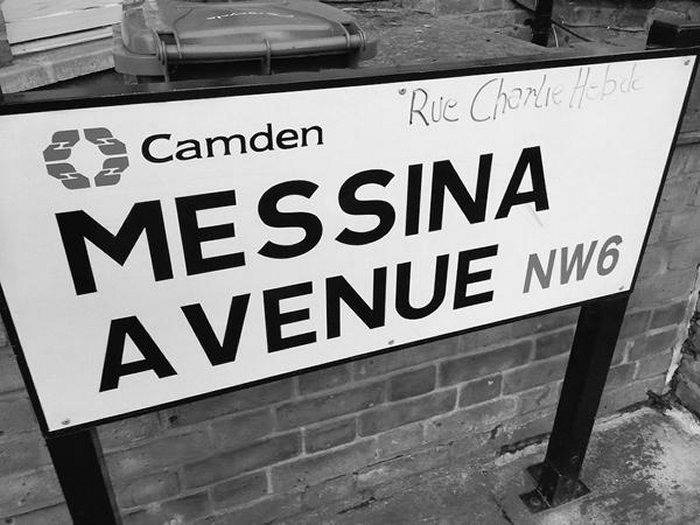 #JeSuisCharlie support of sorts in @WHampstead via Simon Benson

Tweet of the Year was announced… and the winner was Freddie Gavita.

West Hampstead resident Liz Bingham was awarded an OBE for promoting equality in the workplace.

An initial visit to The Petite Corée suggests West Hampstead’s newest restaurant could do well.

To many people’s dismay, it seems that election season is already upon us. In this week’s news, Tulip Siddiq opened her office on the Kilburn High Road with Alan Davies in attendance, Simon Marcus took some stick on Twitter for a mansion tax flyer mocked up to look like an official council letter, and Maajid Nawaz was all over the media talking about Islam.

Thursday was the 70th anniversary of the V2 rocket landing on Iverson Road. Amazingly only three people died, but hundreds were affected by the attack, with many forced out of their homes.

We learned that actress Kristin Scott Thomas used to live above a fish & chip shop on West End Lane.

Gig of the Week is something very different – Vuong10 at JW3 is a contemporary dance piece, but if you don’t think that’s your thing… think again!

Foxcatcher is our Film of the Week, and there was a great turnout for the Film Club screening of Birdman.

For anyone who still doesn’t know.. your Christmas trees need to be recycle. Until the 15th, you can take them to Fortune Green or Kilburn Grange park. The council won’t collect them from the street.

(NB: the website is undergoing a bit of maintenance, apologies for any glitches you see over the next 24 hours or so)