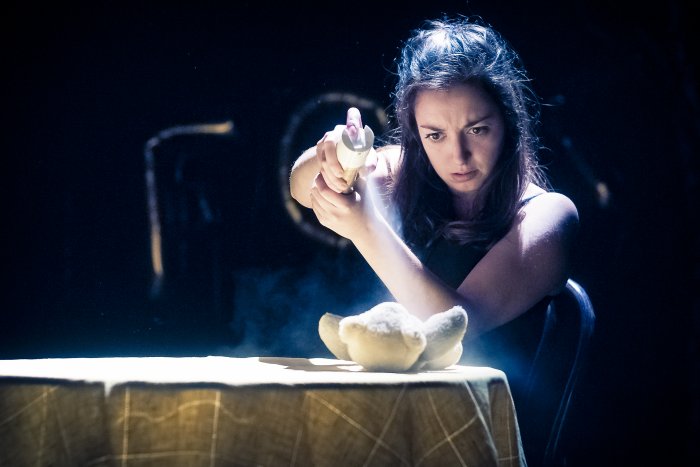 Violet Fox is a self-proclaimed “live and visual spoken word vegan solo artist and occasional collaborator”. Don’t let that put you off though; this show isn’t quite the tirade against men and carnivorism that you might expect. Fox is the fictional creation of Sonia Jalaly, the writer and star of Happy Birthday Without You. In mock-autobiographical style, Fox tells the story of the traumatic birthdays of her childhood, and her relationship with an alcoholic, balloon-popping mother.

The show has its dark moments, but mostly it’s just highly enjoyable silliness. At one point she literally brings her emotional baggage on stage (complete with a taxidermied cat), and although the birthday anecdotes help to give it structure, the show works mainly as a springboard for Jalaly to showcase her knack for physical comedy and impersonating Broadway dames. Her voice is actually rather good and she has the audience in fits of laughter with impressions of Julie Andrews, Judy Garland and Marilyn Monroe, all singing ‘Happy Birthday’ in their own unique styles. 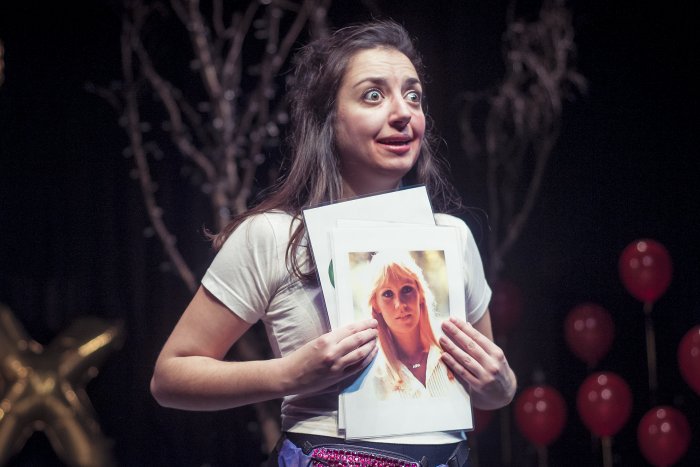 As she gets the audience to pass around party bags and blow up red balloons to throw on stage, Jalaly helpfully throws out a few quotes for theatre critics – “look the lights have come on, it’s so immersive” and, to be fair, it is a pretty immersive experience. Parts of the show feel more like a stand-up performance in the way she speaks to, and interacts with the audience.

So if you like comedy, balloons and caterpillar cakes, this show is for you. Sadly its short run at the Tricycle is over, but if you can catch Sonia Jalaly in any future productions, I would highly recommend it.

What have I missed since January 19th