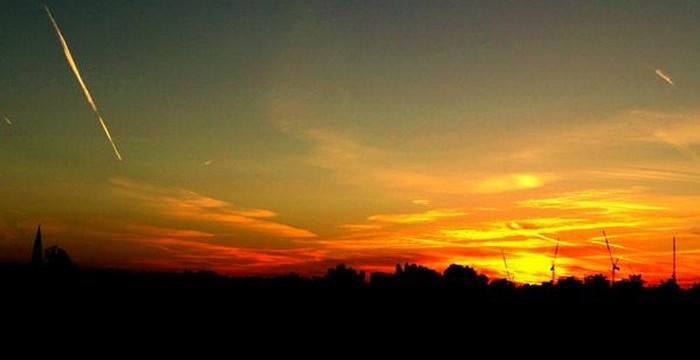 The first outlines of the 156 West End Lane redevelopment plans were published. Looks like three eight-storey blocks, but firm details are hard to come by.

A good crowd braved the damp June weather on Saturday for the first of this year’s Film on Fortune Green screenings. Local author Simon Inglis introduced the classic To Kill a Mockingbird.

Police are to investiage historic sex abuse claims against a Cumberland club tennis coach (who died 20 years ago). 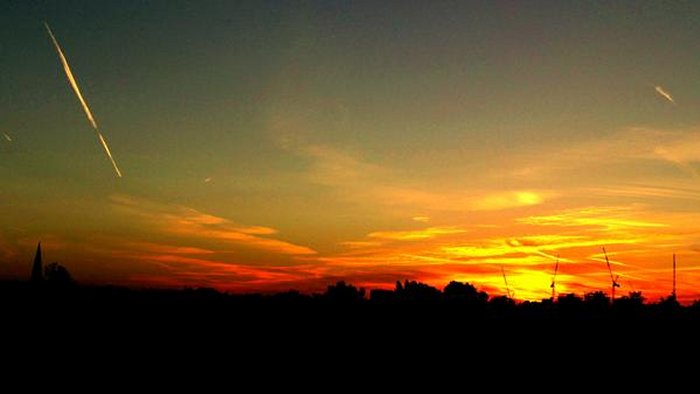 Sunset tonight, St Mary’s to the left and the West Hampstead Square shipyard cranes to the right. via @mauriceticulous

The Neighbourhood Development Forum launched its referendum campaign. It’s been backed by all local parties and most residents associations have also come out in favour. If you live in West Hampstead or Fortune Green wards then you should have received your polling card this week. The vote is on July 9th.

Amaan’s Grill looks like it’s going to become The Meat Bar (another kebab shop), or “Turkish restaurant with a focus on hand-made food”. Meanwhile La Smorfia is going to become “Bistro, The Walk“, a “Mediterranean specialist restaurant” that has an existing operation in Potters Bar

An intellectual on Compayne Gardens couldn’t be bothered to go to the charity shops in the most highbrow example of fly-tipping seen yet. It doesn’t quite compare with the Kingsgate Road tip however.

The quest to eat everywhere on Kilburn High Road has made it to Ciao Ciao.

June’s Property of the Month is a 2-bed flat for rent on Inglewood Road.

The Tricycle announced its autumn season.

Fortune Green Road will be getting road signs to warn motorists that drive above 20mph.

Do you know anyone who got married at Sacred Heart church on Quex Road? As part of the 150th annniversary of the parish, the church is inviting any couples who married there to renew their vows.

The people who use the Gondar Gardens bench have spoken.

Curled Leaf proprietor Alketa Xhafa-Mripa has been making the news with an astonishingly powerful art installation in Pristina.

Did someone say it's summer. So cold this am in @Whampstead pic.twitter.com/YKYkVo0Kqp

Property News: Tenants on the move