Developer A2Dominion held two drop-in consultations this week, revealing its first plans for 156 West End Lane. The redbrick site, currently occupied by Travis Perkins, has been sold by the council as part of its Community Investment Programme to raise money. 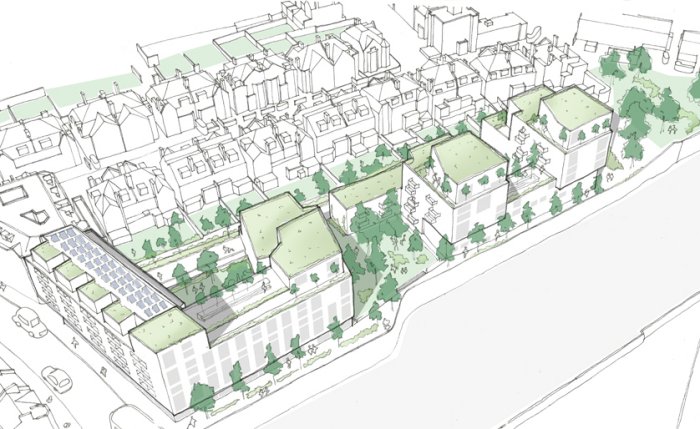 The plan is for a mixed-use development, with 202 dwellings spread across three blocks. At the moment, the developer is saying no building would exceed eight storeys. There would also be retail frontage on West End Lane, a small amount of commercial space, and improvements to the Potteries Path as well as some public green space within the site. 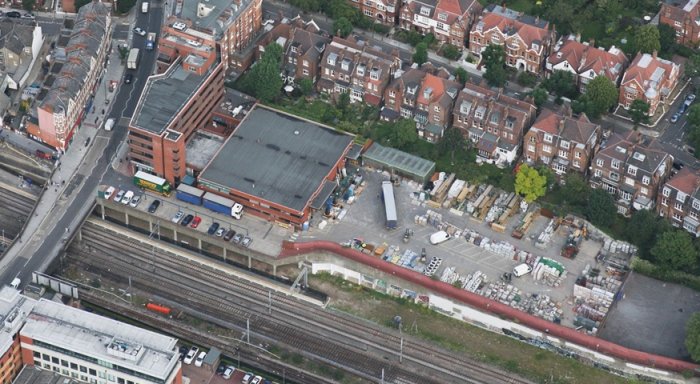 The existing buildings, yard and playground that form the site

Although the developer has said it is committed to delivering 50% affordable housing on the site (as promised by Camden in light of the Liddell Road scheme), its website makes no such commitment and simply says that there would be both private and affordable housing.

The development is likely to be the first test of the Neighbourhood Development Plan. The plan is due to be voted on in a referendum on July 9th and assuming it is passed (no-one has yet launched a “No” campaign, so a rejection would be a surprise), then this site will be the first major development that must adhere to its guidelines.

In its comments on the site, the NDP says,

Any redevelopment of this site needs to provide a mixed-use development, satisfying or making an appropriate contribution to the following needs:

The ground floor of the site is currently occupied by the builders’ merchant, Travis Perkins (TP). The company has been based in the area for many years, is a significant local employer, and is keen to remain on the site. Protection for land in viable existing employment use is given in this Plan (see Policy 12) and also the CCS (CS8 & DP13).

Travis Perkins, which at one time was thought to be interested in bidding for the site itself, has sent letters to locals in an attempt to bring people on side with its campaign to retain a presence on the site. The letter argues that that it provides jobs to around 30 people and it wants to be “designed into the scheme”, retaining a presence on the site albeit in a new format, with homes alongside and above.

[update] A2Dominion has contacted WHL to tell us that, although it was not mentioned in the original plans, there is provision for a community space of approximately 60 square metres. This now appears below 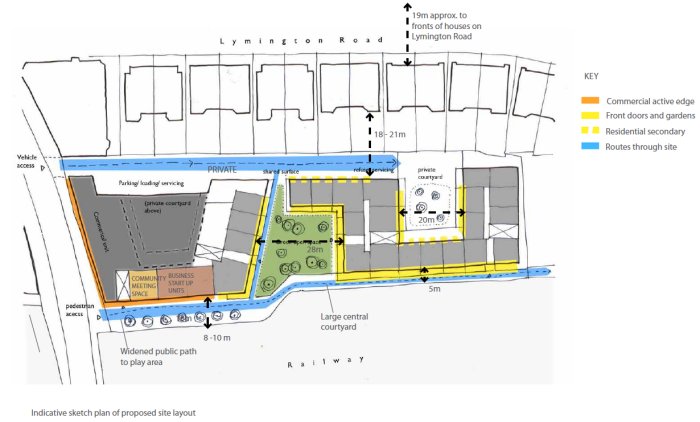 Lymington Road residents, whose houses back onto the site, will be by far the most affected by any redevelopment of the site. 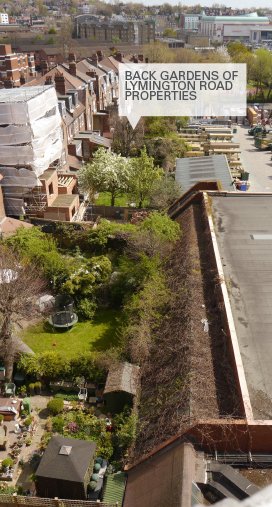 The plan sites the highest parts of the buildings as far away from Lymington Road as it can, but there can be no denying that the impact will be marked – not least during the construction phase. The site does lie in the designated Growth Area, which more or less means that some substantial residential development will be granted permission here. The devil will be in the detail. 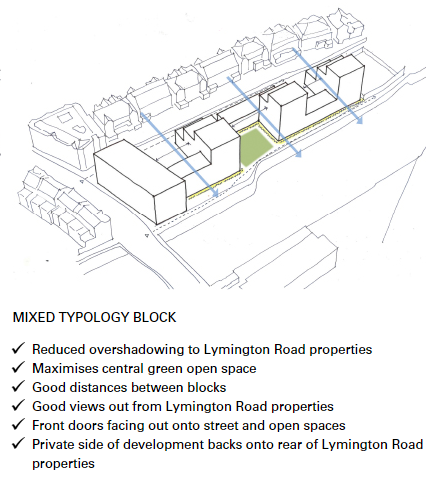 In the images published so far by the developer, perhaps the most surprising ones are the projected views. Two in particular give a sense of the scale of the project: 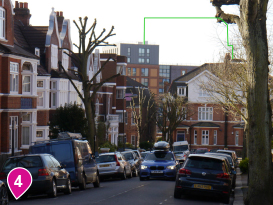 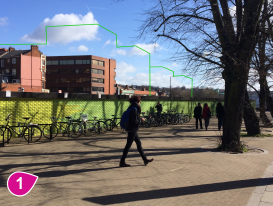 A2Dominion’s ambitious timeframe has this going to Camden’s planning committee for a vote next February with construction starting in early 2017. However, these are early days and sketches at this stage can have little relation to the submittted plans.

The developer certainly needs to be much clearer about the extent of affordable housing it expects to deliver, but if this is the 50% that Camden has promised for the site, then local residents would have to expect a reasonably dense development in order to make the project financially viable. Three blocks peaking at eight storeys may not be a bad outcome, but if this scheme delivers less than 50% affordable then don’t be surprised if the developers increase the massing or height to meet that target.

You can have your say on the initial proposals here: http://www.156westendlane.co.uk/have-your-say.

What have I missed since June 8th?