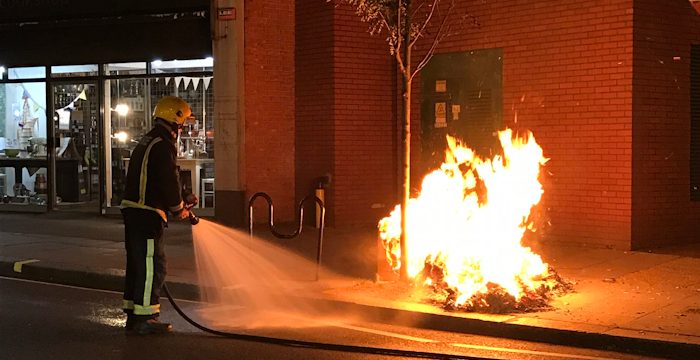 The plans for 156 West End Lane (Travis Perkins building) have finally been resubmitted. More than 400 documents later, we’ve summarized the main points. Sunlight (or lack of it) is a major issue, but three consultants agree the impact is acceptable. You can submit your comments, and the decision is expected towards the end of the year.

There was a sexual assault on the Black Path. Apparently there have been two incidents recently and the police issued this safety advice.

TfL announced plans to close the pavement near the Overground station for two weeks. MP Tulip Siddiq leapt in to help, but what do the three ward councillors have to say?

Photo of the Week 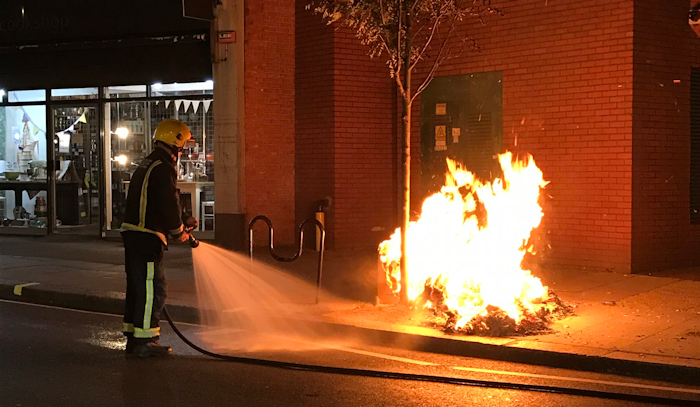 Ballymore aims to have the first West Hampstead Square residents into the first couple of blocks before Christmas. The penthouse in Block A is available for £1,975,000. M&S has applied for permission for signage. And here’s what the development currently looks like from the Chiltern Line railway.

Our local historians took a trip down West End Lane, 100 years ago and compared it to today.

Tom went to try Fiddies – the Italian place high in the Trip Advisor rankings. Rankings taken with a pinch of salt but food was flavourful.

On November 12th, the NDF is organising a workshop on master-planning of the Growth Area (development round the tube stations). Don’t just vent your spleen at 156, do something! Put the date in your diary and come along.

How can fishmonger La Mer on Broadhurst Gardens survive, when it’s barely ever open?

Staying on Broadhurst Gardens, we went backstage at the ENO.

Salt, formerly Lower Ground Bar, (re)opened; but does it have a licence?

Local filmmaker Anna Bowman released a couple of short films, one on the changes at West Hampstead and the other on the businesses at Liddell Road, which reminds us – time from an update on Liddell Road very soon.

There are plans afoot (at a very early stage) to redevelop the synagogue community rooms?

Do you remember the tragic car crash on West End Lane in 2012? Amy Werner, the American student who was extremely badly injured, was back in London this week.

There are several good events in the run up to Christmas. A few highlights:

A little further afield, plans were revealed to double the size of Brent Cross (and remove free parking).

And there are inspiring plans to turn an empty pub, the Corrib, in Queens Park into a community hub.

Tweet of the week
It’s from a regular West Hampstead tweeter, but timely…