There was another terrorist attack. Some local Labour activists were at Borough Market, but all safe thank goodness.

(And in case you haven’t read them; here are the interviews with Claire-Louise Leyland (Conservative), Kirsty Allan (Lib Dem) and John Mansook (Green)).

If you want a break from politics our historians focused on West Hampstead’s pioneering society photographer (she inspired Cecil Beaton no less).

Local actors and cricket fans Jim Carter and Michael Simkins were on Radio 4 on Saturday telling the story about the Hollywood cricket club. 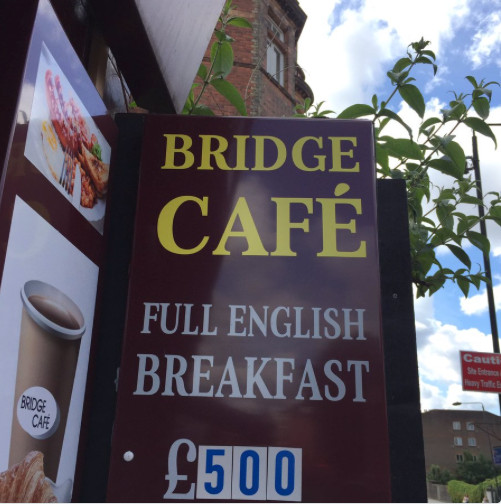 You know the ‘hood is out of control when the Bridge Cafe starts charging £500 for breakfast! ? says @bkgpeters.

Local improvements 1. The Black Path is being resurfaced so it is closed (but will be open on election day)

Local improvements 2. The tube station is getting an extra entrance gate.

UCS is moving mountains, literally, in renovating its sports fields.

If you live in or around Fordwych Road, please fill in this survey.

A top London restaurant blogger went to Summers (and he liked it).

Recall our article about 1 Woodchurch Road? Well for £2.5million (for a flat!) you can join them.

Flick Rea is having her portrait painted this week! And you can go along and watch.

An early review of the new Diane Keaton rom-com ‘Hampstead’.

The ENO opera on Broadhurst Gardens was really good. And pretty much sold out, but a few tickets left.

(In fact in Paris people leave shoes on the street for others to take.  Seriously.)

If u are at home tonight in @WHampstead wondering "where did I leave my shoes?", they are on Crediton Hill. What is wrong with people? pic.twitter.com/xP7SXy92gM