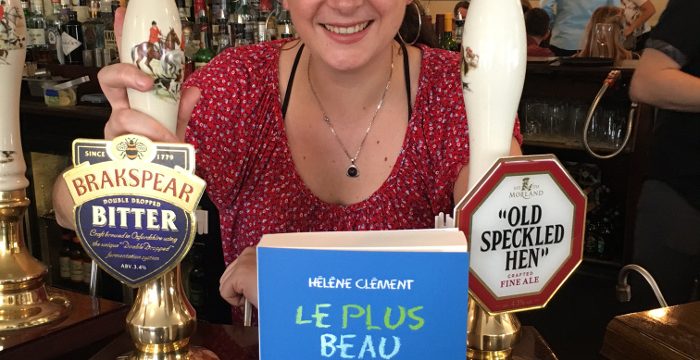 West Hampstead has a quite long literary pedigree – which continues to this day, with three local book launches in September alone. This month sees the launch of another one, but not in English and not at West End Lane Books. Mais non! This book is called “Le Plus Beau Reste á Venir” (Ed = The Best Is Yet To Come) and the launch will be at the French Bookshop, La Page, in South Kensington on Saturday 14th October. The author is Hélène Clément, one of West Hampstead’s large and growing French community.

What brought you to West Hampstead ?

Luck, really. When I had just moved to London nine years ago I was staying in Hounslow, which was way too far from… everything. When a colleague said she had a spare room in her flat on Lymington Road, I took it before even checking West Hampstead out. Best decision ever ! I immediately fell in love with the area. Since then, I’ve had to move flat twice, but never looked anywhere else. West Hampstead truly feels like home. 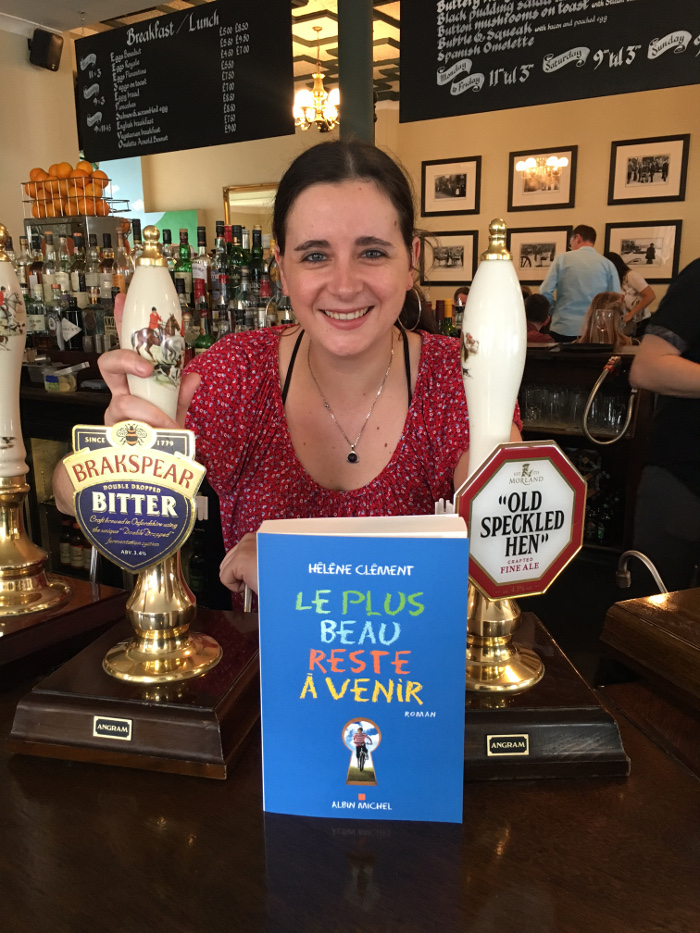 Behind the bar at the Alliance

Tell us a bit more about your book. Is it your first one ?

‘Le Plus Beau Reste a Venir’ is my first book, yes, so I’m over the moon and really proud that it got published by an important French publishing company.

The book tells the story of four characters, when they’re teenagers in the 90s, and when they meet again in 2010, after eleven years of estrangement, to overcome the loss of the teacher who had changed their lives and brought them together in high school. ‘Le Plus Beau Reste à Venir’ is about second chances, family, friendship and little attentions. Those little attentions which cost nothing but can make a huge difference in someone else’s life.

Where did you write it? And did West Hampstead inspire you?

Some writers need silence and stillness. I need activity. I need fresh air. I need to watch people and everyday situations. So I wrote 90% of my novel outdoors, in West Hampstead, on my notebooks. I was managing a coffee shop in Hampstead Heath at the time. Every day, I would leave work around 3pm and walk back to West Hampstead, to oxygenate my brain and gather my ideas. Once on West End Lane, I would find my writing spot of the day, at one of the cafes in the area if it was rainy. Otherwise, I would head to West End Green, Fortune Green, Hampstead Cemetery or the playground between Lymington Road and Potteries Path. And I would write for hours, inspired by the buzzing life around me.

My story takes place in a French high school, in the French countryside, so not in West Hampstead, obviously. But my readers will never know how much less obviously it’s been fed by West Hampstead. But it does and my affection for the area has grown stronger through the writing of my novel. I can assure you that, one day, I’ll write a novel all about West Hampstead !

What are you West Hampstead favourites ?

For coffee, I always go to Caffè Nero because the team, led by the lovely Teresa, is amazingly friendly, and I’m addicted to their mochas. For a drink, I would highly recommend Thunderbird. Moussa is a gem of a manager ! As for food, Lena’s Café was one of my all time favourites, I’m really sad it has closed down.

Now, if you’re looking for everything at once: great coffee, great drinks and incredibly good food, just come to The Alliance. I won’t get a pay raise for writing this, I truly mean it. I was a customer there long before starting to work for Mike. This is one of the coziest places around and the dining menu is a marvel!

How is life as a French expat in London? What do you miss the most ?

Life in London is amazing. I feel very lucky to live in such a vibrant and open-minded city. If it wasn’t for my accent giving me away, I wouldn’t feel like an expat anymore ! I’m from Carrières-sous-Poissy, a small suburban town, forty-five minutes west of Paris, really close to Saint-Germain (if you follow French football)!

What do I miss the most ? Cheese, obviously ! And pavement seating areas, there aren’t enough of those in Central London.

A different kind of Insight: with artist Lora Verner

What have you missed since October 2nd?