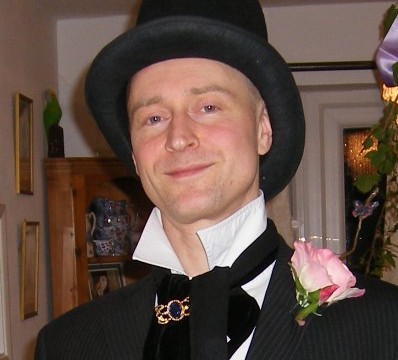 I was pleased to join in the fun for a pre-opening event at The Earl Derby (which I’d foolishly been referring to as The Earl Grey all week – though latterly simply to irritate @WHampstead), on Kilburn High Road, which has launched with a flurry of enthusiasm and general cheeriness.

At the risk of inviting yet more ridicule from my companions, (who glanced at me raised-eyebrow-quizzingly, and knowingly, as I browsed the menu), I have to report that, yes, I ordered gnocchi again. This was light-ish, “cheffy” gnocchi, rather like the kind of thing The Wet Fish Café does well, but there was enough of it to keep me amused for a few minutes, rather like a child with a new Xbox game at Christmas (actually, that’s also me).

Anyway. The dish was served with a fresh and healthy mix of broad beans, peas, gently-cooked asparagus, spinach and mushrooms, with the latter infusing their earthy charms into a velvety sauce. All very nice; sort of upmarket pub-grub I would say, without trying to be too clever. Only improvement I would suggest would be a little more of that excellent sauce, to really coat everything and drive home the intense, mushroomy background.

Just to say at this point, I’m having a memory fail in terms of starters [Ed: he had the calamari with cucumber ribbons and said it was very good], however I do recall the wine: a Chilean Cabernet Sauvignon that I couldn’t resist, despite the food perhaps warranting something white.

Dessert was sublime; a salted caramel and chocolate tart with clotted cream – if I’d known it were going to be that good, I’d have happily ordered two, although by that time I’d really eaten rather too much.

Only a mild hangover in the morning, so rather than pies and sugar cravings on my journey to work, I was all coconut water and health-shop flapjacks. I’ll be back on form soon no doubt…