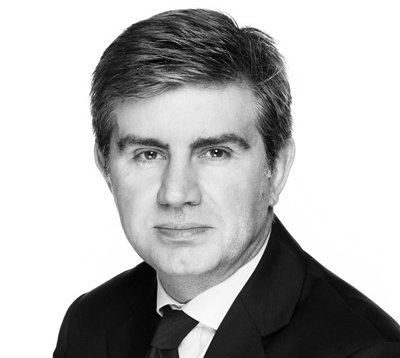 ‘Bonkers’. I hear the word repeatedly whenever discussing the West Hampstead property sales market with buyers, sellers and fellow agents alike. Even people with no recent first-hand experience tell me it’s bonkers.

Newspapers and websites tell us how bonkers it is. A headline in The Sun on Friday reads ‘Property up 2% in a month!’ and goes on to say that this is ‘fuelling fears a property bubble is looming’. Hardly a day goes by without The Daily Express fixating on the impending doom across its front page.

But how bonkers is it? Is it really a bad thing for London and Londoners? A recent article in the Guardian got me thinking; it tells how a central London property investment company has recently set up a £100m fund (or ‘warchest’ if you’re reading The Sun) to buy 1 and 2 bedroom apartments in prime central locations. The company’s reasoning is that the property price inflation seen over the last 40 years is set to continue at 9–10% per annum for the next 30 years at least. They say they can see no reason for this to change and it’s difficult to argue that they’re wrong: a growing population, strict planning laws, conservation areas, limited space and foreign demand and investment are unlikely to change. Their prediction – and gamble – is that by 2050 a central London flat will cost £36m.

This seems unimaginable and enormously unfair for many people, but made me realise that this is one of the reasons London is such a great city. The London property market creates huge wealth and prosperity due to the ‘multiplier’ effect of capital injection into services, employment and investment.

Much is made of overseas investors buying properties in London and never living in them but, in my experience, these people employ local surveyors, solicitors and agents when buying and then embark on expensive refurbishment programmes which employ local contractors and firms, increasing the value of the property and in some cases, gentrifying poorer neighbourhoods, setting new benchmark values for other properties in the process.

The London construction industry alone counts for 10% of the UK’s GDP and employs nearly 2 million people. Office development in London is now at a 4-year high with 9.7 million sq ft under construction and notable recent landmark sales including Google’s purchase of its new headquarters at Kings Cross. The knock-on effect of such investment is huge.

This wealth generation also helps create demand and employment opportunities that attract people from all over the world to London, adding to the multi-cultural mix of Londoners that want to buy property whilst giving it such vibrancy and diversification. This is what we all love about London – would we really want West Hampstead and West End Lane to feel any different?

Homeowners in London also benefit from the consistent rise in prices by being able to unlock large amounts of tax free equity in their homes which they can reinvest into businesses or help future generations get on the housing ladder.

Of course, those yet to get on the housing ladder, or who need to move to a bigger property, are finding it increasingly hard to make London their home as house price rises outpace wage inflation. The risk is that while London might become more diverse in some ways, in others communities like West Hampstead could become more homogenous as only the relatively affluent can afford to buy here, while everyone else is forced out of the city and onto those crammed commuter trains that run through our Thameslink station every day.

So, yes, it does all seem a bit bonkers, and perhaps inequitable for those that don’t live in London or are priced out, but the ripple effect of investment and increasing prices is felt across the whole of the UK eventually. It also makes London an incredibly vibrant, eclectic and exciting city.

Tom’s tongue is tasered at Guglee