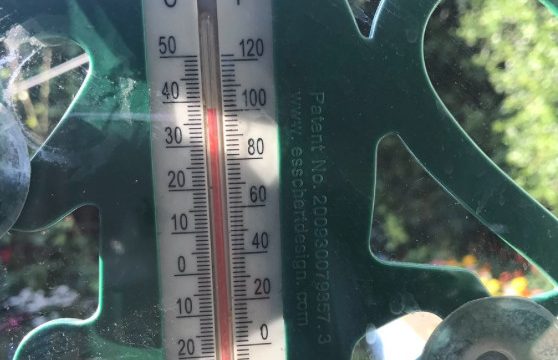 The reverborations  of Grenfell Tower* continue, coming close to Whampstead as the towers on the nearby Chalcots estate were deemed unsafe by fire safety officers and residents had to leave. Some residents have refused to move saying this is an over-reaction.

* apologies for getting the incorrect day in the last newsletter

In a rather more positive story some locals (including WHL) got together to do something about a local issue.

Some other local infrastructure was improved this week too – but will it be enough?

Thankfully temperatures have fallen over the weekend, but last week it was certainly hot (see below) and also on the tube, although the Jubilee Line wasn’t too bad. (Apart from the signal failure…). 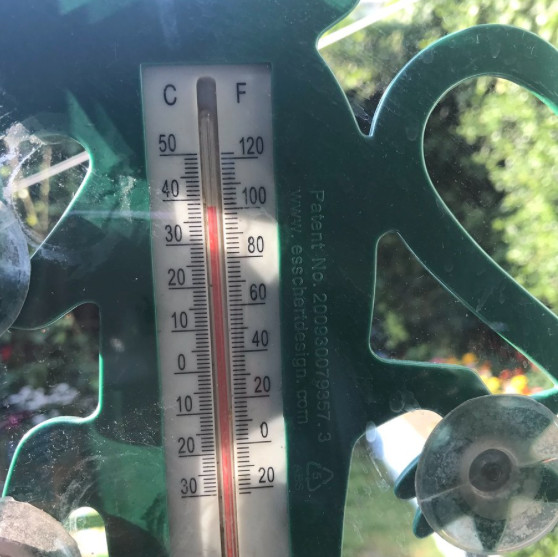 What a scorcher – as recorded in Hampstead by by @zmdih

I'm not saying our flat is really hot but 2 hobbits just knocked on our door and asked if they could leave a gold ring in our living room.

Last piece of election news (probably).  Remember how H&K was a top ten Tory target seat?  Well the result puts it in another top ten – top ten biggest swing to Labour (at 12.3% it was the fifth largest).

And in another top ten – West Hampstead’s own Kitchen Table’s bacon butties make it to the top ten, nationwide!

WHL welcomes Cllr Richard Cotton as the new mayor of Camden. His chosen cause is C4Ws Homeless project, which operates partly in West Hampstead over Winter. (He also voted against 156 WEL).

and this past week 156 WEL (aka Travis Perkins) was given official planning permission.

There is talk of redesigning the student housing on Blackburn Road. Already? It was only built a few years ago.

Things are happening around Fortune Green…

There is talk of a new estate agent – as Brenda from Bristol would say – what, another one!?

and possibly a new deli.

Down on West End Green, the lease on Fortune Gate (on of the oldest businesses in WHampstead) is up for sale.

Summers at the Colin Campbell got another good review – but excuse me NW5 is NW5 and NW6 is NW6. Never the twain shall meet.

Local cafe owner (and artist) Alekta of @curledleaf on Mill Lane was exhibiting at the Southbank.

The Camden Arts Centre has a new artist in residence.

Local author Victoria Slotover made the long list for the Debut Dagger’s award.

Tennis fever is upon us – good luck to Harriet Dart

A sporting legend was spotted in Whampstead. Goran Ivanesevic was in the picture too.

Has anyone seen Scooby? (a missing moggie)