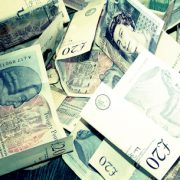 Liddell Road – a school, some office space and apartments. It was a controversial scheme when it went through planning a few years ago, with Camden acting as developer and approver. There was much talk of how the numbers added up and why there was to be virtually no affordable housing. Three years on, some of those numbers have changed – so could this mean West Hampstead is about to get a whole whack of cash?

Let us take you back to the mid 2010s. Liddell Road was a council-owned piece of land used as a light industrial estate. The council wanted to use half the site to build a school – specifically an extension to Kingsgate School – and it would pay for this largely by selling off the other half of the site for housing and office space.

The plan was for a four-form entry lower school (up to 7-year-olds) that would ultimately house up to 360 children who would then move on to Kingsgate’s main buildings over in Kilburn. The council claimed the school would cost £13.4 million.

To pay for it, Camden argued it needed to sell land with planning permission to build a nine-storey tower block plus some mansion blocks. In total, there would be 100 flats, of which just four would be “affordable”, and 3,500 m2 of office space. This would cover the cost of the school and generate an additional £1.9 million for the education department. The school was also eligible for £6.7 million of central government funding. Camden took this money but excluded it from its calculations on how to pay for the school.

In March 2015, the council’s own planning committee agreed two separate yet inseparable planning applications: one for the school and one for the development to fund it.

For reasons that were never made clear, the two sites were built separately. First the school, where construction has finished and which opened in September 2017. Next, the residential and commercial buildings where construction hasn’t even started. This second part of the site is due to be sold to an external developer this spring. When work eventually starts it will obviously cause considerable disruption and potential danger from construction traffic to children at the school. Not to mention the additional inconvenience to local residents from yet more construction. It’s hard to understand why both developments were not built simultaneously.

At the time, the Neighbourhood Development Forum and West Hampstead Life did some number crunching and argued that the development would generate a much larger surplus (or “profit” as a normal person would call it) than Camden was suggesting.

The residential and office space was supposed to generate £15.4 million (£13.4m for the cost of the school + the £1.96m surplus). This seemed low. Experts that the NDF consulted valued the land £10 million higher, which would lead to a £11.96m surplus.

From speculation to cold hard cash
It turned out that building the school was more expensive than first thought. Quite a lot more expensive. The cost rose by 38% from £13.4 million to £18.6 million when the construction contract was finally given. Camden’s press office told us that “£13.4m was the estimate quoted in the December 2013 cabinet paper,” but then argued that in the period 2014-2016, “the proposals were developed in detail while at the same time construction costs rose significantly for the industry as a whole and in Camden, resulting in this increase in cost.” It seems a very large jump in costs in two years, and it was not put on the table at the planning committee in March 2015 when the scheme was approved on the basis of the £13.4 million number.

Was such a big school needed in the first place. Demographic modelling showed a lack of primary school places, but the four-form school opened last year with only three forms and this year’s entry will also be only three-form. Camden’s response: “The unexpected national drop in births in 2013 has had a considerable impact in Camden, and other authorities. Surrounding authorities have found themselves in a similar situation, reducing pupil admission numbers to temporarily address the falling reception numbers.” It’s true that the birth rate did fall in 2013 quite dramatically, but this was public knowledge in 2014, so again why was it not made clear in March 2015 when the decision came before the planning committee. Could the school have been slightly smaller and therefore cheaper?

Whatever the rights and wrongs of predicting school places, a school that cost £18.5 million would not be paid for by the £15.4 million raised from the homes and office development. It seemed the development had lurched from profit to loss? .

Fast forward to spring 2018 and Camden is finally planning to sell the land and has pencilled in the amount it expects to get. Turns out, surprise surprise, that it should sell the land for more than £15.4 million. It’s even going to be more than the NDF’s estimate of £25.4 million. Camden has pencilled in a net £26.8 million expected capital receipt. More than enough to cover the £18.5 million for the school, and the £1.9 million surplus (all assuming that £6.7 million was spirited away elsewhere). We are now looking at an £8.3 million surplus.

Camden’s press office again: “The original estimate of £15.3m was made back in 2012 as part of the business case for the redevelopment. Since 2012, land values in Camden have increased and more detailed work has been undertaken on the development which has resulted in this higher valuation. (This increased valuation is still very much open to market fluctuations).”

However, when the NDF made estimates using March 2015 valuations it estimated a sale value of £25.4 million which is much closer to the current valuation. Why was Camden using a 2012 valuation for a 2015 planning decision? Camden redacted all the numbers in its viability report due to ‘commercial considerations’ (this is the report used to justify the level of affordable housing) but the discrepancy in the public numbers and the final valuations suggests that decisions were made by the planning committee using out-of-date information.

Let us reflect that the argument for virtually no affordable housing at Liddell Road was that there wasn’t enough money and that the school itself was a public sector investment. Now the profit from the development looks like it’s risen from £1.96 million to £8.3 million. Does this mean more affordable housing is a possibility? The council does not rule this out, which is encouraging, though no chickens should be counted. How much of the money will pay for other improvements in the area, which are sorely needed as the population of West Hampstead continues to grow rapidly.

Camden’s rather vague answer to where the money will go is that “the extra money goes to support our continuing Community Investment Programme”. However, it accepts that “depending on the level of offers, additional affordable housing may be a point of negotiation with the shortlisted developers. Increasing the affordable housing numbers may result in a reduction in capital receipts so this can only be done if the overall programme remains viable.”

In fact, the Camden planning officer’s report in March 2015 was rather more specific. It states that “If the profit/surplus is more than £3m, this should be spent on an off-site contribution to affordable housing. This will be set out in the S106 agreement”.

Has this been set out? The other Section 106 payments (that’s money developers have to contribute to the local area to help offset the impact of their schemes) in the Liddell Road project were extremely low for a development of this size, only £47,000 and £30,000 for Maygrove Peace Park and local community facilities respectively. There was nothing more broadly for the larger growth area. It would seem that it’s time to revisit this.

Once again, the issues around this development are ones of transparency as much as of intent. As we wrote at the time, although it was a controversial development that led to a loss of jobs and useful local services, many people in the area were still broadly in favour of the school and accepted that some housing was needed to pay for it.

But when the development cost and possible income change so much from initial estimates – and in some cases these numbers could have been adjusted before the planning committee approved the project – we are left in the dark again.

When will Camden acknowledge that locals feel they have a right to a clearer understanding of how the calculations are made on affordable housing, of where exactly money in the “Community Investment Programme” will be spent locally, and on where that £6.7 million central government grant went that was specifically tied to the Kingsgate expansion.