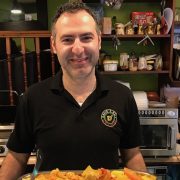 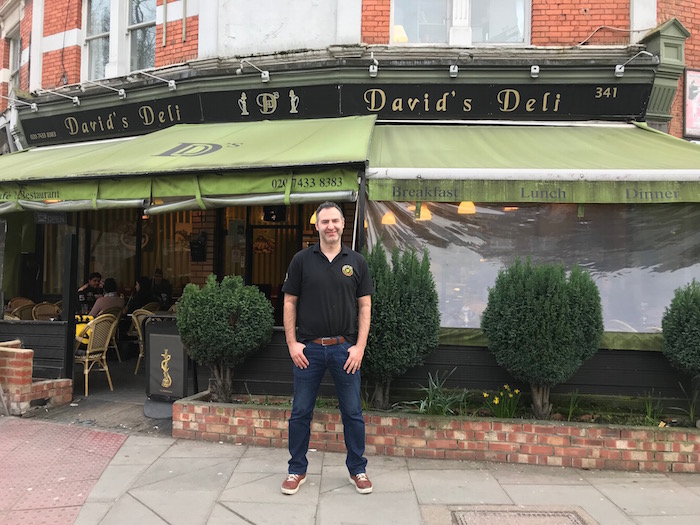 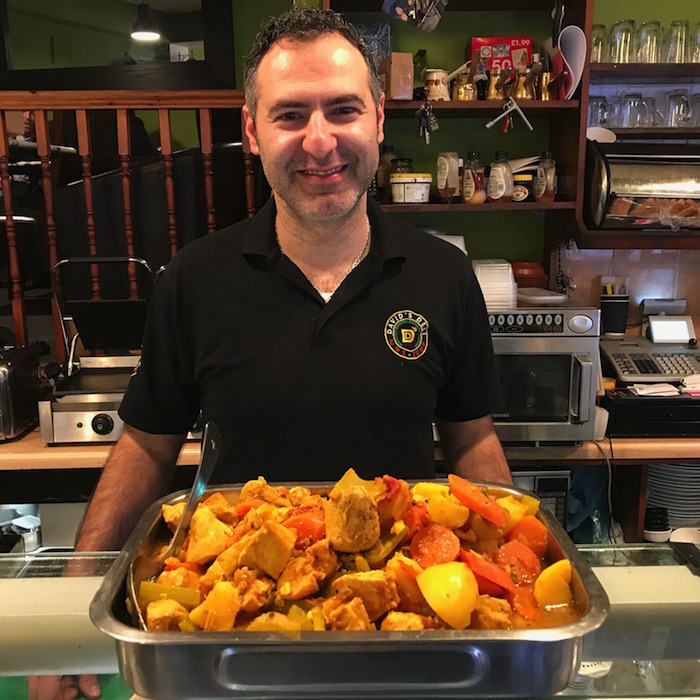 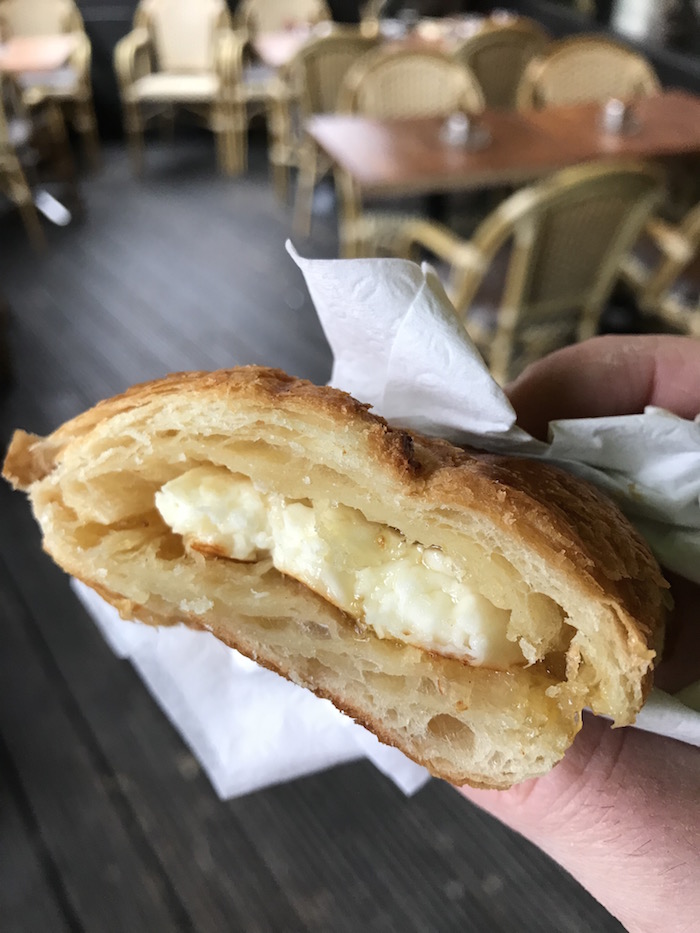 Grabbed a bite to eat in David’s Deli the other day; wanted something quick in somewhere relaxed, and I hadn’t been to David’s for a while. It’s always friendly, and I rather like the addition of shisha pipes a year or two back; it’s cool to see so many chilled-out people enjoying a smoke, and it adds an extra element of character to West Hampstead. (Who remembers Brent Council’s poster campaign last year, warning that shisha is 8 million times more dangerous than normal tobacco? Rubbish, I say, even if it’s true).

Anyway… I always get a little confused when ordering in the Deli; the specials board can seemingly appear on the wall, ceiling or anywhere else, and the various things on display at the counter are not listed on the menu – but perhaps that’s part of the fun.

I tried the halloumi salad, which turned out to be enjoyable. The halloumi had been grilled to give a nice edge to it, the texture going well against the salad items, and suitably salty. I’ve never quite understood iceberg lettuce; it’s a little like pale green water in semi-solid form, like you might find on a distant planet or something, but the olives were excellent and sun-dried tomatoes were present – these I love.

A proper mint tea arrived, and as I gazed out at West End Green opposite, I was reminded what a nice location David’s has. Definitely a “Sunday afternoon with the papers” place; or just somewhere to laze about while watching the world of West Hampstead go by… and what an appealing world that is, in the summer.

I can’t believe I’m saying this, but, come on everyone, crack open the rosé!