Tag Archive for: The Arches

You are here: Home / News / The Arches 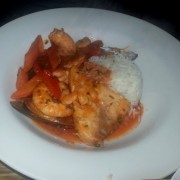 I took an overdue trip to The Arches on Fairhazel Gardens the other night; always such an interesting venue to enjoy some good food and wine, with elements of mystery and intrigue to go with the fun and craziness of the place.

As ever, a waitress directed our gaze to the mobile specials board, and I instantly locked onto the fisherman’s stew. There was a slight error when ordering; enquiring as to whether the stew came with anything, I was told no, and hence ordered chips, but in fact a large side of rice accompanied the dish (and indeed worked very well with it). Even by my gluttonous standards, powering through all that lot would have been a little too much – though I did my best! 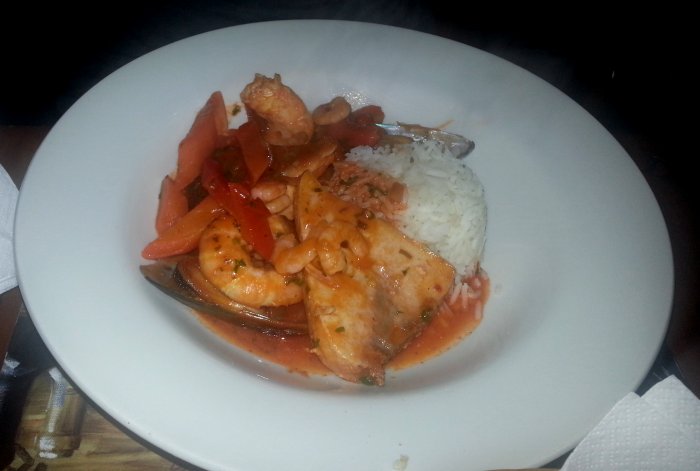 Look at those “proud, glowing prawns”

The stew was wonderful; large, proud, glowing prawns (perhaps just a fraction well-cooked), swordfish, and mussels, nicely accompanied by some al-dente, attractively sliced carrots, and bell peppers which had been grilled or baked first to get some charring on the skin. It wasn’t a particularly wet stew; more a seafood and sauce affair, but the latter was intense and well-seasoned, and of a most satisfying orange-red colour. A simple, but soulful meal, great for people like me always complaining about the weather.

Shock of the day was my remarkable decision to share a dessert for the first time ever… who says romance is dead?! In fact, I…oh hang on, incoming text message..

**Sorry, rather not c u tnight, yr table manners are questionable to say the least, & difficult to hold a conversation if u will drink 2 bottles of wine that quickly. Bye**

Oh well – back to my window seat with a newspaper in La Brocca!

The Arches was excellent last night; I had the special of cod fillet in tempura batter, with chips, and the whole thing was a demonstration in perfect execution – superb – right down to the quality of the rich tartare sauce. Friend loved his smoked duck salad starter and meatball linguine, and we managed dessert too (I’m full of surprises!)

We happily absorbed a Marlborough Pinot Noir, then a Malbec, and “entertainment” was provided via the adjacent table, from where Keith Floyd’s apparent long-lost brother proceeded to bombard us with a series of ever more ludicrous tales, whilst his partner looked on, nonplussed. Landing planes without lights in total darkness, unlikely prison terms, unlimited wives, and relatives seemingly inventing everything but the wheel. With his penchant for adventure, I was tempted to politely request that he headed for The Kilburn High Road without delay.

I had an impromptu dinner at The Arches last night…good food.. I had a Moroccan chick pea soup to start, then baked whole sea bass – very nice. Excellent sautéed potatoes, with that dry, crisp outside. I wondered if they did those with goose fat or something but the waitress just said “deep fried in oil”. Pleasingly large cheesecake to finish, and 4 glasses of Pinot Noir which I was surprised to find later on was Chilean (I thought it was French, but not a Burgundy). Looking back, it did have similarities to that Chilean drop I like to guzzle in Brocca. Checked the bill today, a bit cheeky, the 2nd two glasses were large ones – I was drinking 175s at first – no wonder I have a frigging hangover! 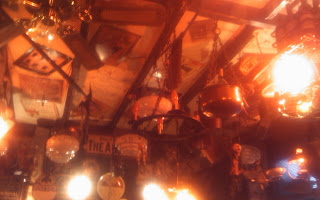 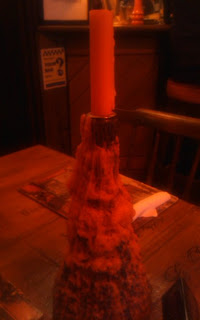 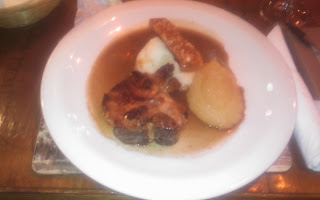 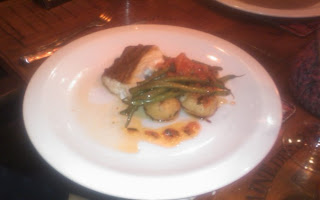