Twitter Unplugged
Parts of West Hampstead were plunged into darkness on Monday evening when an EDF substation failed. The CNJ reported on the impact on businesses following the 10-hour outage. Being off the grid didn’t mean being offline though. Some residents had to change their cooking plans for the evening. @Gitfinger (below) also dug out the candles. 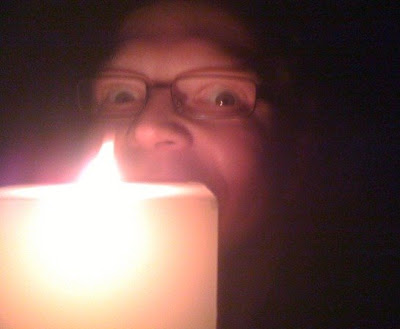 Later that evening David announced there was some left in the pan for any hungry locals. Perceptions of the impact varied depending on your love of the dark.

It wasn’t long, however, before the novelty of life in the dark began to wear off.

A platform for change
West Hampstead’s library turned into a railway platform of a different kind on Wednesday. First Capital Connect and Network Rail were using the space to display their plans for the revamped Thameslink station. Digest went along to investigate.

Architecturally, the plans look attractive. The new station will be on Iverson Road, linking up to the new footbridge. An entrance “probably” with ticket gates, will be retained near the existing entrance, so pedestrian traffic over the road bridge should be reduced substantially. Of course it will make no difference to the pedestrian crush between the tube, the Overground, and Iverson Road. Broadly the plans make sense: as well as the new station, the platforms are being extended to accommodate 12-carriage trains, which will increase capacity substantially. Residents (and councillors) are concerned, however, about the impact of the work.

It’s not a positive result for everyone. Joule the jewellers has to move, as Network Rail owns its property and it will fall victim to the pavement widening scheme. Joule has notices of protestation in its window. Full details of the overall Thameslink programme here, but precise details on the West Hampstead programme are not online yet. #whamptravel

Social media emphasizes the social
West Hampstead’s social networking took another step forward this week. First, the date and venue were confirmed for the second #whampgather. Followers were encouraged to vote for their preferred dates, and the most favoured date was Thursday December 10. 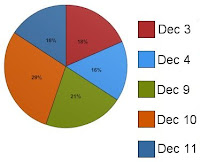 The Alice House agreed to give us the same space again. Negotiations over any free drinks will take place nearer the time, but the signs are encouraging. The immediate reaction was positive, and numbers should be good.

For any confused readers:

The Wet Fish Café has generously agreed to donate a prize of a meal for two. The winner will be drawn from a list of attendees on Dec 10. #whampgather

Whampreview launched this week. The concept marries the social side of whampgather with requests for eating and drinking recommendations. Eight of us will be going for dinner at the Czech & Slovak National House in mid-November (that may include dumplings) and to generate a review of this long-established local restaurant. At least that’s what the idea was. #whampreview

Spinning a new tale
In The Rooms Above, (West Heath Yard, opposite The Emmanuel School), a gym has opened where you pay only when you use it. Most of the world operates on similar lines, but gyms have traditionally made money on apathy. My Fitness Boutique has joined Twitter, so go and say hello. #whampnew

Whither Whifi?
Tell us your fave local WiFi outlets. #whifi

Photo of the week
Christmas creep from Camden 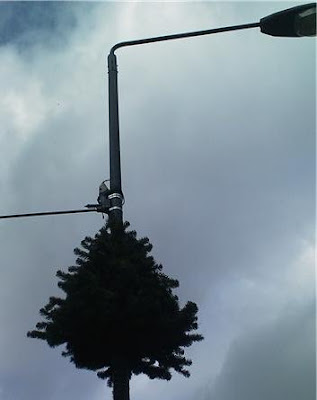