We may have lost one Sunday paper this week, but fear not – WhampNews lives on thanks to its fearless strategy of listening to people’s conversations on Twitter. So what scurrilous scandals have we unearthed and what litigious licence have we taken with the truth this week?

Nicholas Kent, the Tricycle’s highly regarded Artistic Director, has announced he will step down after 27 years in the job, citing funding cuts as the main reason.

In another bad week for First Capital Connect, its Twitter presence has improved and it’s eager to learn how it could do better.

Kilburn-produced honey is just around the corner.

Café Bon is set to take over Caffé West in a couple of weeks, and the Mill Lane Bistro has been sold as a going concern.

The Winch has secured funding for a second full-time youthworker for three years from September!

Sunday was the Kilburn Festival. And, rarely, the Gaumont State building was open briefly.

Oh, and update your bookmarks – the blog has a new domain name: http://www.westhampsteadlife.com.

Whampzombie film of the week
You may recognise many of the locations in this short film. 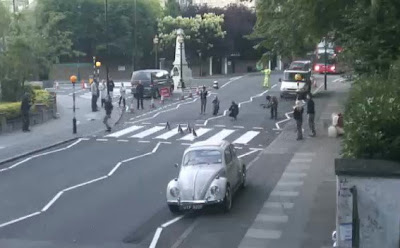