As Christmas hurtles towards us as fast as a North Korean missile (you never saw Kim Jong Il and Santa in the same room did you? Huh?), what’s been exercising the West Hampsted workers collective over the past seven days?

A man died on Monday after an accident at the junction of Quex Road and Kilburn High Road.

The same morning, thieves stole £10,000 from a security van in Swiss Cottage.

Sidings Community Centre won nearly £25,000 of funding for each of the next two years to continue delivering its Youth Services Programme.

Labour councillor Mike Katz continued his crusade for a new school in the area.

Local PCSO Charlotte Louis de Canonville will be leaving the West Hampstead Safer Neighbourhood Team in January to take up another role in the Met.

Beware of two men door knocking in the area saying they’ve “come to lay carpet”. If you see them, please dial 101, preferably with details of their van.

A household of #whampers was profiled in the Australian Times.

There’s been a bit of steam train action this week too.

Coming up
Monday: For those of a Maida Vale persuasion, #elgingather is tonight at the LVLounge.
Tuesday: #whampxmasdrinks downstairs at The Gallery from 8pm. All welcome.
Sunday: CHRISTMAS.

Tweet of the Week
Winter and Thameslink in one tweet/photo. Perfect. 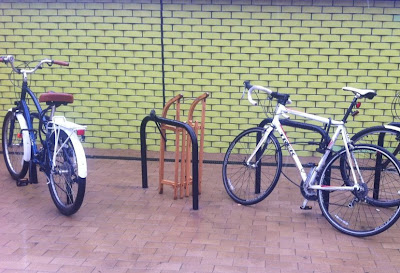 No #whampnews next week, but expect some other blog action over the holidays, with a quiz, a few #whampawards and a run down of the Tweets of the Year. Hope you all have a lovely holiday, and the newsletter will return in 2012. Of course, you can keep up with news on Twitter as always!

Twenty two do Ladudu Tom has a Moment