Unfortunately, I wasn’t able to make the first West Hampstead Farmers’ Market last Saturday, but intrepid correspondent Nimet was on hand to record it for posterity in both words and pictures.

“Shortly after 10am on a crisp Saturday morning on the Thameslink station forecourt, in front of a small gathering, Cllr Gilllian Risso-Gill rang the inaugural bell and announced the West Hampstead Farmers’ Market open. 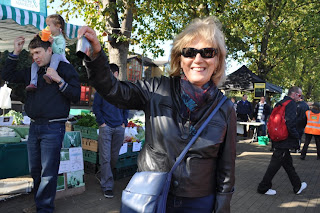 Finally! The is it on / off palaver had caused some entertainment in the run up over the past few months, but the resident cow had certainly left no doubt that the market was definitely on.

I arrived shortly before 10am, spoke to Cheryl Cohen from the London Farmers’ Market, then watched some of the hardy stall holders dressed in their gloves and hats set out their stalls ready for business (you can find out more about the full list of producers). The vibrantly coloured fruit and vegetables, freshly baked bread, cheese, flowers, fish and meat soon looked at home on the normally empty forecourt. 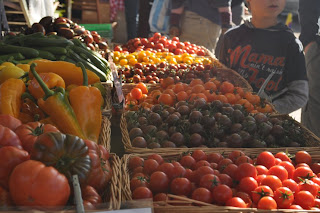 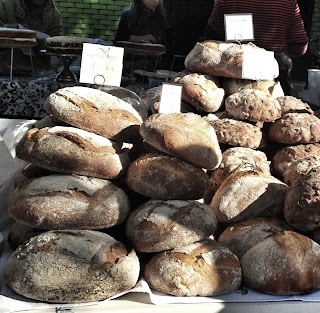 I spent over an hour at the market wandering around speaking to the vendors about their produce, observing the crowds and earwigging conversations. Each producer was more than happy to let you try a sample (where appropriate) and all spoke passionately about their produce. One farmer gushed about how his wife had handmade all the sausages and gave expert advice on how to cook them. 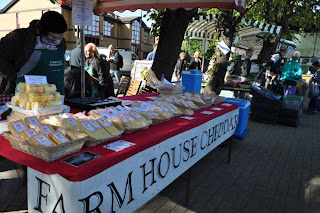 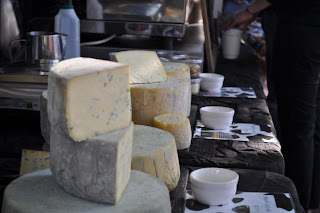 The shoppers really were loving it, there was a chaotic buzz and very few stalls struggling for custom while I was there. Most came with empty bags which slowly filled up with fresh produce. The evidence on Twitter (#whampFM is the hashtag in case you’re wondering) is clear – it was a resounding success, Jonathan also Storify’d the reaction. I’m pretty certain the weather played a huge part in the massive turn out and the stock sell out my midday. I really hope that Whampers still make the trip to support the market when the weather isn’t so fair. 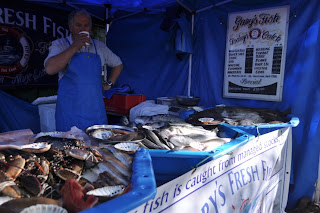 Someone on Twitter asked me what ‘Lincolnshire’s finest’ was doing in West Hampstead…? Well, we didn’t expect many NW6 producers did we? In fact, quite a lot of the vendors aren’t actually from London. As Jonathan explained in a previous post, all the producers come from within a 100 miles radius of the M25 and they must raise, grow or bake all their stock. Well, that’s good enough for me. 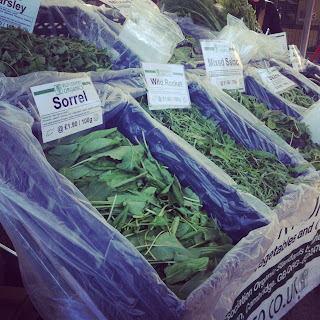 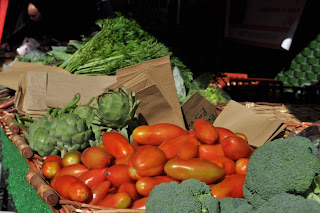 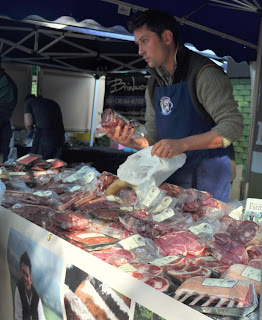 Stupidly, I went to the market with only a £1 coin in my purse so I hunted for best way to spend my fortune. I settled on 6 large eggs that were laid the previous day. I made dippy egg and marmite soldiers. Delicious.

What have I missed since September 10th? Is Mill Apartments £15,000 sweetener enough?