I have been writing this column for eight months and have been blown away by the local appreciation and passion for film. North-west London is a genuine oddity in cinema terms. How many other neighbourhoods (outside of the West End)  can boast seven cinemas (five independent) all within walking distance of each other?

I also wanted to take the opportunity to thank the 60 of you who came to our first #whampfilm events for Skyfall and The Dark Knight Rises. It was very much appreciated and we plan to run similar events in early 2013. We’re also starting a monthly film club night at the Tricycle. However, as you all know, the first rule of film club is that you can’t talk about film club, so I’ll stop talking. More on that later!

There is a slight change in format for this week’s listings. Along with the Film of the Week, US musical comedy Pitch Perfect is the only other new release in the area, so I’ve taken the opportunity to compile my personal list of the films that I thought were outstanding in 2012 – please let me know your favourites as well (either in the comments below or via Twitter @NxNW6).

Have a great Christmas one and all and keep loving cinema.
Mark 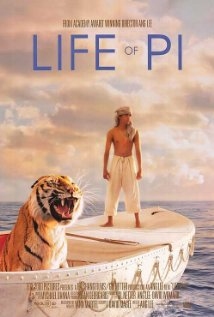 Life of Pi
(2012, adventure drama, 127 mins, PG)
The first Ang Lee (Brokeback Mountain, Crouching Tiger) film for three years tackles the much loved Yann Martel novel. The 3D rendering is apparently excellent and this is very likely to become a staple of the awards season.

Films of the Year
(in no particular order) 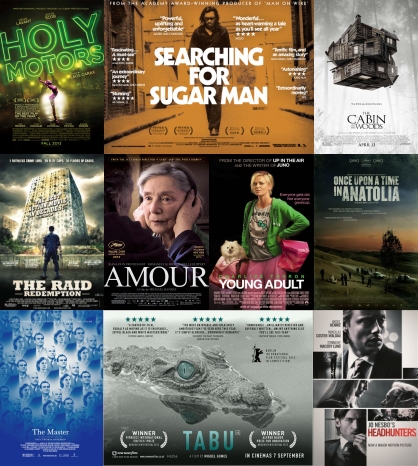 Films that just missed the cut: Damsels in Distress, Martha Marcy May Marlene, Shame, Beasts of the Southern Wild, Dredd.

And, for balance, here are my worst five: Battleship, John Carter, Rock of Ages, Wrath of the Titans and The Lorax.

Listings back to normal next week!

What have I missed since December 10th? Two accidents on West End Lane