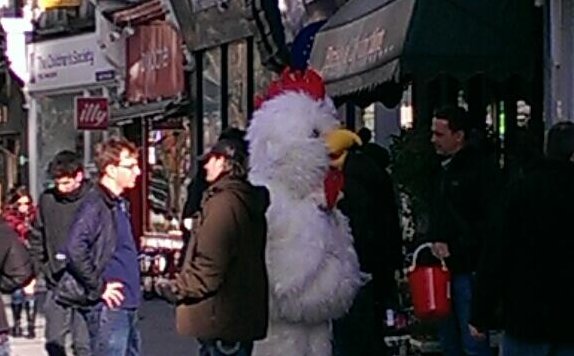 Rumours surfaced on Twitter this morning of strange goings-on outside West Hampstead library.

Then a man in a chicken suit appeared. 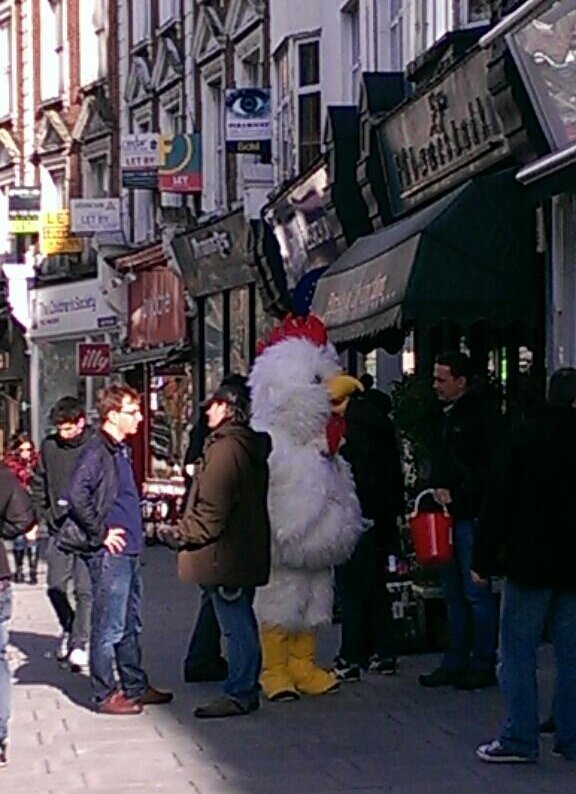 It sounded like more than the latest Nando’s stunt, so I went to investigate.

I caught up with the film crew and digital marketing agency IMO at the Alice House where they’d based themselves for the day. Understandably, they didn’t want to reveal too many details about the video at this stage, but have promised to share it with us when it goes live. What they did tell us was that it’s an online video for a bathroom company called Bristan.

I can also reveal that the giant chicken was actually a nice man called Andy in a big furry suit, taking a well-earned break between takes and being quizzed by curious passers-by. 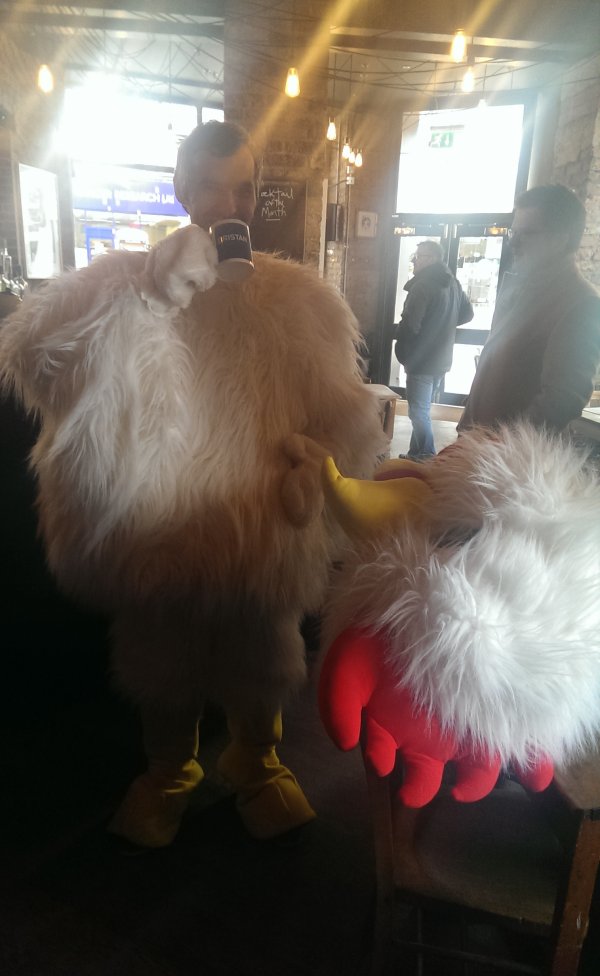 What has all this got to do with taps and bathroom suites? Watch this space…