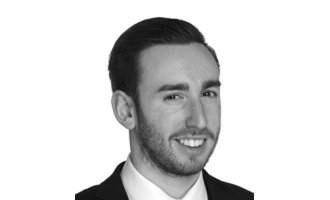 New year, new face. I am the new manager of Benham & Reeves’ West Hampstead office. I have arrived from our Hampstead Office, having previously worked for a large international company as well another local independent company.

It has been an interesting start to the year. Available properties are relatively thin on the ground and one would be forgiven for thinking that this would mean be a lot of competition on each available instruction, as the number of buyers certainly exceeds the level of supply. However, so far that hasn’t appeared to have been the case and we are in a very price sensitive market. If the asking price of the property is correct and seen as reasonable then we are seeing a strong number of viewings, followed by relatively quick interest, leading to an agreed sale. Those properties that are deemed expensive are sitting on the market with too few viewings and then end up having to be reduced. The upshot can actually be that they sell for less than they are worth as the aggressively high initial asking price creates a negative sentiment around the property the longer that it remains on the market.

These market conditions are in keeping with recent reports about mortgage lending. According to the council of Mortgage Lenders, lending in January was down 14% from December and 11% from January last year. Buyers have to feel tempted to come and have a look at properties in order to act, and some of the unrealistic prices that are being asked are leading to a reduction in the lending figures as well as sales figures, which were down by 6% according to the HMRC compared to January 2014.

Of course, for those properties that have something a little bit extra special, it’s still realistic to achieve a premium figure. We were recently instructed on a property at a prime South Hampstead address – an absolutely stunning flat. The marketing figure was correct, it attracted a decent level of viewings, and is now under offer at what will be a record pound per square foot price for its road, should contracts be exchanged.

If we look at the market for properties above the £2 million mark, then we certainly see the effects of the upcoming election. The uncertainty surrounding the threat of a “Mansion Tax”, is causing people to think twice about moving before May. Anyone who owns a home worth more than £1.5 million is starting to feel a little bit unsure about the potential repercussions should we see a Labour or Labour-led government, and this is certainly causing buyers and sellers in this price range to hold fire. That explains both the distinct lack of available property above £2 million, but also between £1.5 and £2 million. The amendments to the stamp duty thresholds have also had an impact in this sector. A number of transactions were either renegotiated or, in some cases, fell through, as buyers were hit with a much greater tax bill than they were expecting when a sale was originally agreed.

Having said all of that, if the asking price is realistic, there is still interest in this area of the market. We were instructed to sell a house on Goldhurst Terrace, at £3.75 million, and simply due to the lack of stock available at this price, there were four buyers interested in the house and it is now under offer. I have been suggesting to some potential vendors over the past couple of months that it may be a good time to think about selling as while most people are unsure about moving given the uncertainty, there’s less competition from other sellers, and there are buyers out there. After the election, we could see a lot more coming onto the market.

What is a certainty, is that I am very much looking forward to there being clarity and to what will hopefully be a very stable market. People were of the opinion that the early months of last year were good for estate agents, but those of us in the business knew all too well what was to follow. It appears that the market is more realistic now and there has undoubtedly been a correction in the prices. Once the uncertainty is cleared up, I am confident that we will see a much healthier balance within the market.

What have I missed since March 2nd?