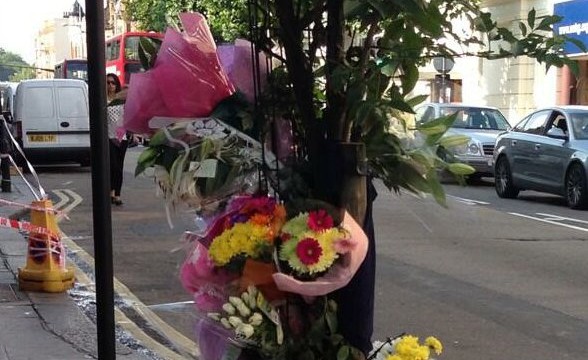 Sabrina Moss, a 24-year-old mother and nursery teacher from Neasden, died after being shot outside Woody’s Grill at 211-213 Kilburn High Road at about 4.15 on Saturday morning. She was with a friend, who was also shot and is believed to be suffering from life-changing but not life-threatening injuries. 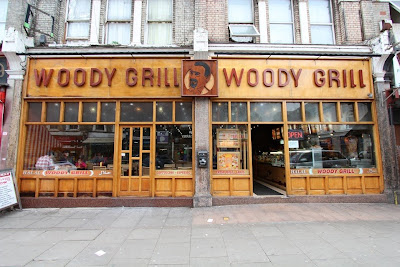 Sabrina had been out clubbing with friends to celebrate her 24th birthday. She and a friend were standing outside Woody’s talking to two men.

Two other men appeared across the road from Messina Avenue. It is believed they were armed with a shotgun and pistol. Shots were fired. The gunmen are then believed to have run back down Messina Avenue. Descriptions are limited – one was wearing dark clothing and the other had a lighter top.

Police have also been looking at at least one CCTV camera on West End Lane to establish the direction of travel of a particular vehicle. DCI Andy Partridge said: “There is no suggestion there was an exchange of gun fire as it appears it was two people who fired towards a group. If their target was an individual they would be aware they could hit anyone in that group.”

Sabrina and her friend, who were both shot, were taken to hospital where Sabrina later died.

Some time later, two men turned up at A&E at St Mary’s Hospital in Paddington with gunshot wounds from the same incident. Both were subsequently arrested although have since been released without any further action.

At 5.30am Saturday, at least six shots were fired in Dart Street, W10 (near Queens Park). No-one was injured. The police were called but found no weapons and no arrests were made at the time, although one arrest was made later.

Police are very keen to talk to anyone in the area at the time, especially anyone who might have been in or near Woody’s Grill around 4am on Saturday, or anyone who might have seen the men on Messina Avenue. Detectives believe there are 20 people who were in or around Woody Grill at that time who have yet to come forward.

This description of events would tally with the police’s initial assertion that the women were in the wrong place at the wrong time and found themselves caught up in an incident they had nothing to do with. The police want to reassure the community that this is thought to be a localised one-off incident.

The Daily Mail has an interview with Mike Hillman who owns Hillman Butchers, next door to Woody Grill. He said,

“When I turned up the road was closed off and the police were in the process of taping off other areas. There were around six police cars, two ambulances and an air ambulance vehicle. The barrier went around my shop and I was told to stay behind it.

In a period of around five minutes I saw three girls comes out of the kebab shop. They were banging on the shutters, they were hysterical. The girl that was murdered was then brought out from by the kebab shop on a stretcher. I couldn’t see what she looked like as she had an oxygen mask on.” 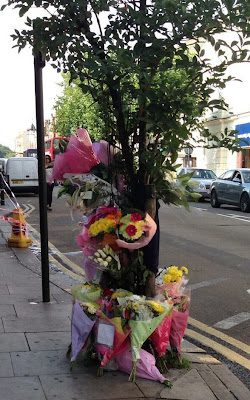 What have I missed since August 19th?