The number of ticket barriers will rise from the three standard and one oversized gates today, to eight regular and two oversized gates, which should ease congestion at rush hour. In addition, the footbridge over the platforms is believed to be the widest on the Overground network, with enough room for multiple wheelchairs or pushchairs as well as pedestrians. There will also be a lift down to each platform. 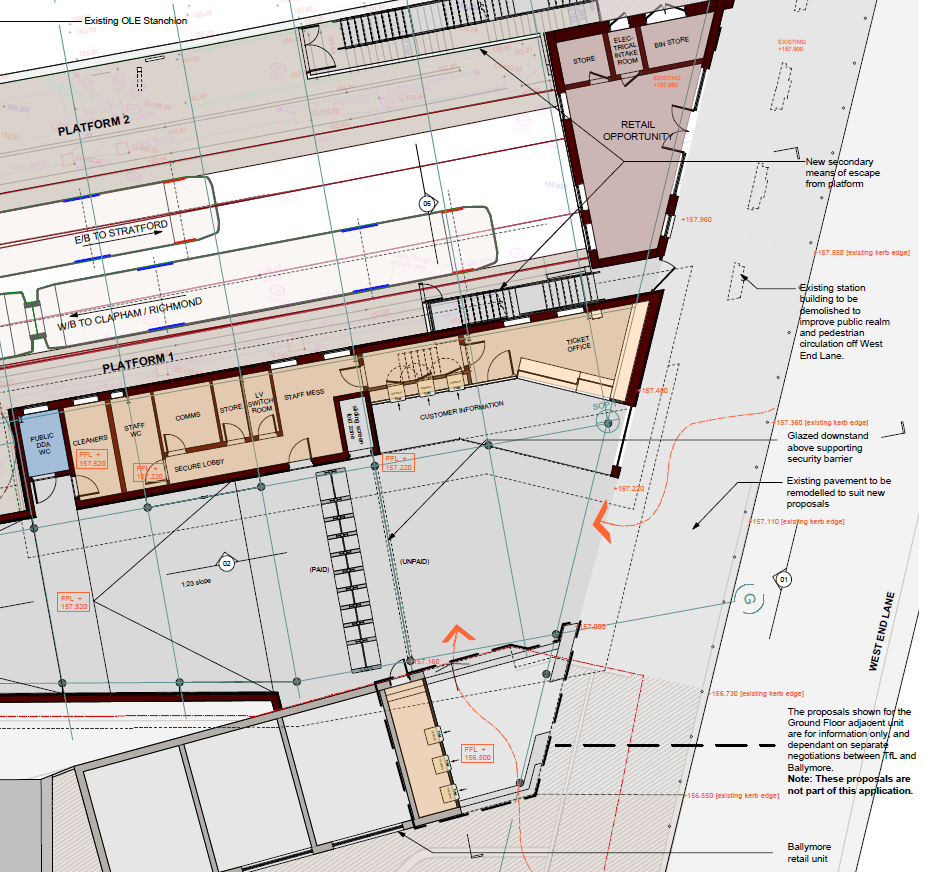 Tree campaigners will be disappointed to read that the tree that they successfully lobbied to be given a tree preservation order in early 2014, will have to be removed if the station development goes ahead.

Comments are being accepted up until January 14th.