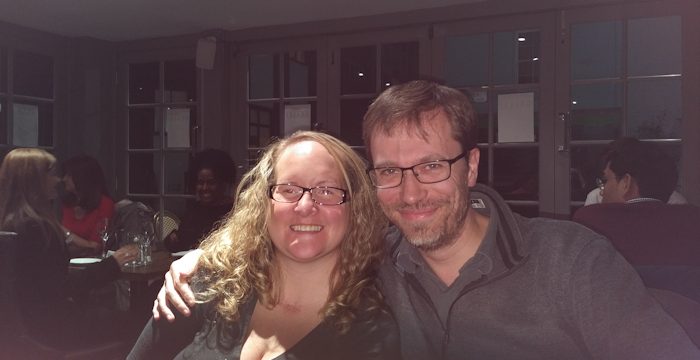 Almost exactly four years ago there was a tragic accident on West End Lane. A Mercedes driver in his 80s careered off the road and onto the pavement near Dynham Road. Desreen Brooks was killed as her husband managed to push their toddler son out of the way. American student Amy Werner, off to meet friends in Camden, was extremely seriously injured.

The incident shook everyone in West Hampstead. It happened on a Saturday evening, there were lots of people around. The random nature of who was affected, and the severity of the crash led to a heartfelt outpouring of support for those involved.

Amy was taken to St Mary’s and her parents – Rich and Regina – flew out from their small town of Dover in Vermont to be with her. They would spend a month by her bed as Amy underwent major operations. Lots of West Hampstead Life readers wanted to know how they could help and as a result I was in regular contact with Rich. Nicky and I went to visit them and Amy. Even knowing what her condition was, it was a shock to see her in the ward, lying there in an induced coma. I couldn’t really comprehend what it must be like for her parents.

Amy eventually flew home to the US, where her extensive treatment and rehabilitation has continued. We wrote a follow-up article. I stayed in touch with Regina via Facebook for a couple of years, actively at first, then more just checking in once in a while and eventually glancing at posts. I could see Amy was doing ok. After what seemed an age – in fact two years after the incident – the driver was sentenced to 18 months in prison (later reduced to 12) for killing Desreen Brooks, though acquitted of GBH against Amy due to a lack of concrete evidence.

Then last week Regina popped up on Facebook, saying that she and Amy were going to be in London this week for a slew of medical appointments, and that Amy would love to meet me properly.

“You look a lot better than when I last saw you”, was my predictable opening gambit as this lively and articulate 27-year-old came down the steps of their Bayswater accommodation.

Amy, Regina, Amy’s aunt Cathy and I spent a very pleasant evening in Notting Hill. I didn’t know what to expect from Amy. I knew that she’d lost the sight in one eye, but wasn’t sure whether any other effects would still be visible. They were not. She’s clearly itching to get back to the life she had planned when she first moved here – just a matter of weeks before the accident. I’m not sure her mother is so keen to let her daughter quite so far out of her sight again, but Amy’s irrepressible personality would be hard to contain for long I suspect.

Four years on, both Amy and her parents remain very grateful for the warmth, support and generosity that the whole West Hampstead community showed them. I’m sure you will all want to send Amy the very best wishes …. and maybe we’ll see her again in London before too long. 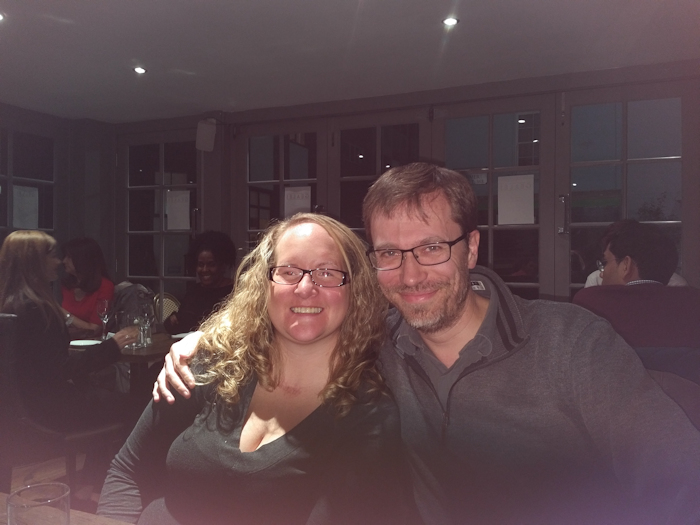 Amy and I finally get to meet properly