While everyone was heading back to work, and breaking New Year’s resolutions as fast as possible, how did 2011 start in West Hampstead?

The major local news of the week was the stabbing of a 24 year-old woman in broad daylight. A man has been charged.

The local sport of Ken-spotting was made much easier when he protested outside the tube station.

There was a fire above the T-Mobile shop on Kilburn High Road.

Racehorse Kilburn won the 3.10 at Lingfield on Friday at 15/2. @Cyburn was smart enough to have placed a bet.

Two art courses for kids were announced at Kingsgate Community Centre. One on animation and one with clay.

The Google Street Car was in West Hampstead yesterday. Did no-one get a photo?

For those of you on Twitter, a new hashtag started – #whampflat – for people with rooms in search of rooms/or with rooms to let.

Photos of the Week
Two photos this week – firstly, these hyperlocal inspired cupcakes made by Lauren and Sarah: 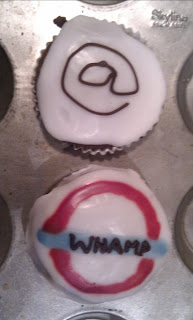 And then this treat, snapped off the TV (is it legal to post this?) by Jess: 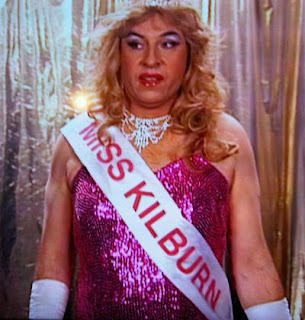 What have I missed in the past two weeks? Tough first outing for West Hampstead Wanderers