I came across an article from Fast Company this morning. It’s about a trend in the US to ask local residents to contribute to civic improvements – so-called “crowdfunding”. A Tampa-based organisation called Citizinvestor has been pushing this.

The recession has left hundreds of parks un-renovated, and hundreds of basketball courts unpaved. Without funds, municipalities have had to delay, or cancel, projects that otherwise would get started…
… For example, the city of Philadelphia is currently asking for $12,875 so it can plant 15,000 trees. But that’s just the start. The plan is for many more, and bigger, projects than that.

Unlike Kickstarter, a crowdfunding scheme for creative projects that also operates in the UK, Citizinvestor lets locals “petition for projects as well as contribute to ones municipalities have put forward.”. There are no rewards for contributing (although contributions are tax-deductible in the US). 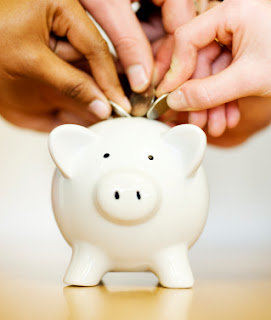 It’s an interesting idea and got me wondering whether such a thing would work in an area such as West Hampstead. I suspect it might. But wholehearted adoption would lead to bigger ideological questions. After all, we already pay taxes to both central and local government, and civic space has traditionally been funded by municipal government. Sure, when times are tough I think a lot of people would rather see money spent on nurses, or care for the elderly than on planting new trees or relaying paths in a park, but how likely is it that once an economy rebounds a government would resume responsibility for something its citizens had willingly paid for on top of their existing taxes?

It’s worth noting that the schemes up for funding are already on the government agenda but aren’t a priority. So, this isn’t entirely about people doing it for themselves – the Citizinvestor model has people contributing to projects that have already been approved and will be then be implemented by local government, although the petition element does introduce a populist angle.

The co-founder of Citizinvestor, Jordan Rayner, is quoted in the article as saying “There is a place for a service to make government work more like a vending machine, where I get to choose which parks and pools I want to build.” Good soundbite, but surely that runs the risk that the more affluent the area, the more “parks and pools” get funded. It would add complexity (and grumbling) if the council’s pledge was “we’ll pay for a swimming pool in this deprived area, but those of you in the richer areas have to provide your own”. Here we enter into questions of scale – in London this would surely have to work at a borough-wide level, with an understanding that people in Kilburn ward would be unlikely to cough up for civic improvements in Camden Town, and vice-versa.

We already live in a city where the divide between public space and private space is increasingly blurred; in theory citizen funding would leave no doubt as to who any such projects belonged to. But when does citizen funding bleed into “local business funding”, and in turn “big business funding”. Citizinvestor’s FAQs make no mention of any commercial interest in funding proposals, and it would perhaps be a good starting point to clarify that no branding would be allowed on any project, and no conditions could be imposed by anyone contributing to the cost.

What do you think? Do you think a few thousand locals would stump up a few quid each to tart up West End Green? Not too controversial. What about speed bumps? Cycle lanes? Increasing litter patrols? What constitutes an essential service, and what’s a “nice to have” when belts are being tightened.

I’ve included the How It Works section from the Citizinvestor website, which clarifies the mechanics of the scheme quite well:

Municipalities submit projects to Citizinvestor.com.
These are projects that have already been scored, department-approved and only lack one thing – funding. Projects range from building a new park to installing speed bumps or adding a few parking spaces to your neighborhood library. The list of these projects for any city is nearly endless. Currently, these projects sit on a long-list behind other budget priorities, especially now when local government budgets are tighter than ever before.

Once a project is 100% funded, the project is built!
This is key – citizens only pay their portion of the project if other citizens step up to the plate and commit to fund 100% of the stated cost. This is a win/win for everyone! Citizens only have to invest money if there is a guarantee that the project of their choice will be built and governments only have to commit to building a project if they receive 100% of the funding they need. Not a dime changes hands unless everyone is happy. This ensures that there is no risk to citizens for pledging to invest and no risk to governments posting projects to Citizinvestor.com.