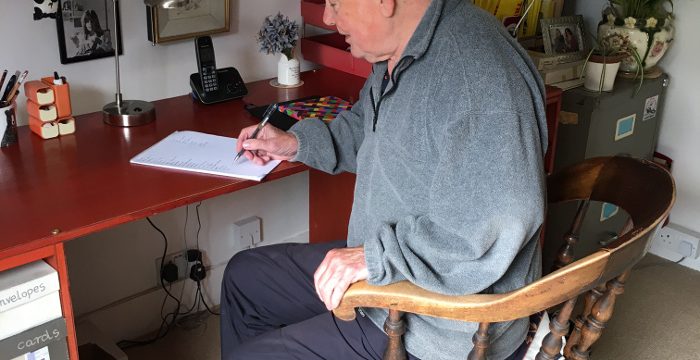 Who is Ted Booth you are asking?  This month’s Insight is a bit different. Instead of interviewing a local business owner, WHL sat down to have a chat with Ted Booth, who is the current writer-in-residence for the Friends of West Hampstead Library. Ted’s a very cool guy but wouldn’t consider himself as such – he’s far too modest for that. He is retired and his last job was lecturer in creative writing in the art faculty at Middlesex University. He said it was ‘terrific fun’ as he was working with art students on writing; they would discuss diaries, poetry, short stories, postcards and occasionally lyrics.

Ted’s been writer-in-residence at the library since June 2016. He was suppose to finish his stint in June this year, but was asked to stay on until September because as Friends’ chair Simon Inglis, put it – we are looking for ‘someone younger’. Ted will end his stint with another evening of poems with Cllr Flick Rea in September. I really enjoyed the last one, so watch out for that. And if you can’ t wait you can also read his blog here. 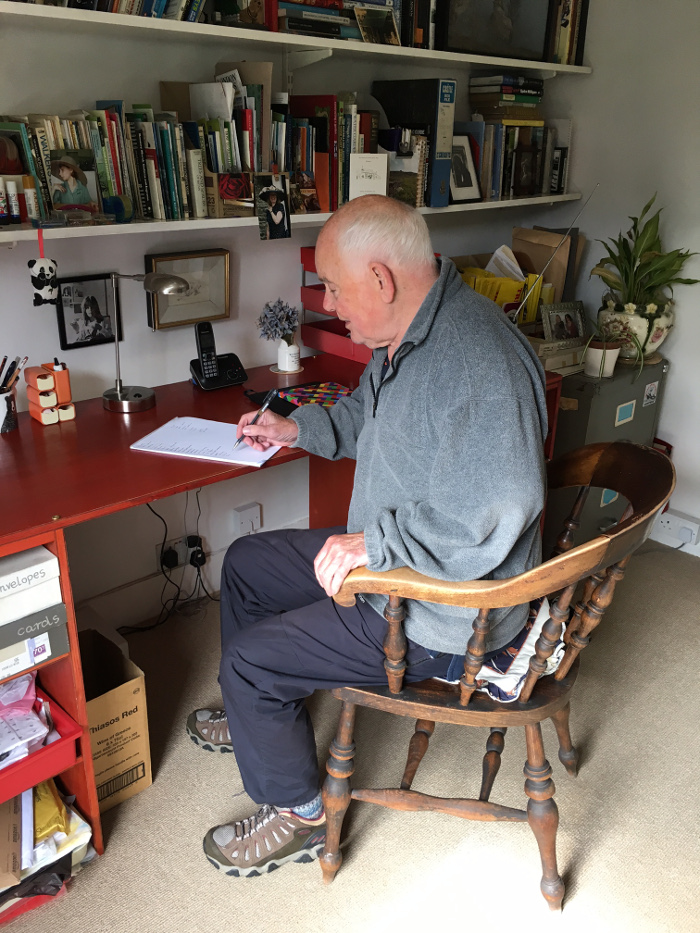 Ted at his desk

Before his library post, Ted was artist-in-residence for the Friends of Fortune Green (2013/14), where he started writing a poem for National Poetry Day, on a different theme each year. Last year, the FoFG gave away more than 500 copies of this poem to passing commuters (and you can also see the poems of other years on the FOFG website). Look out for this year’s poem, which will be published on September 28th. Ted really does bring a touch of poetry to West Hampstead.

“Simple, my wife Janet’s work brought us here as she started the Mulberry House school. We moved from Leytonstone. People used to say ‘where’s that?’ but now it’s a bit more on the map.”

What is your earliest memory of the area?

“It was seeing this house. The estate agents showed us three houses, a couple on Burrard Road and this one. I soon as I stepped through the door, I thought “wow'”.” 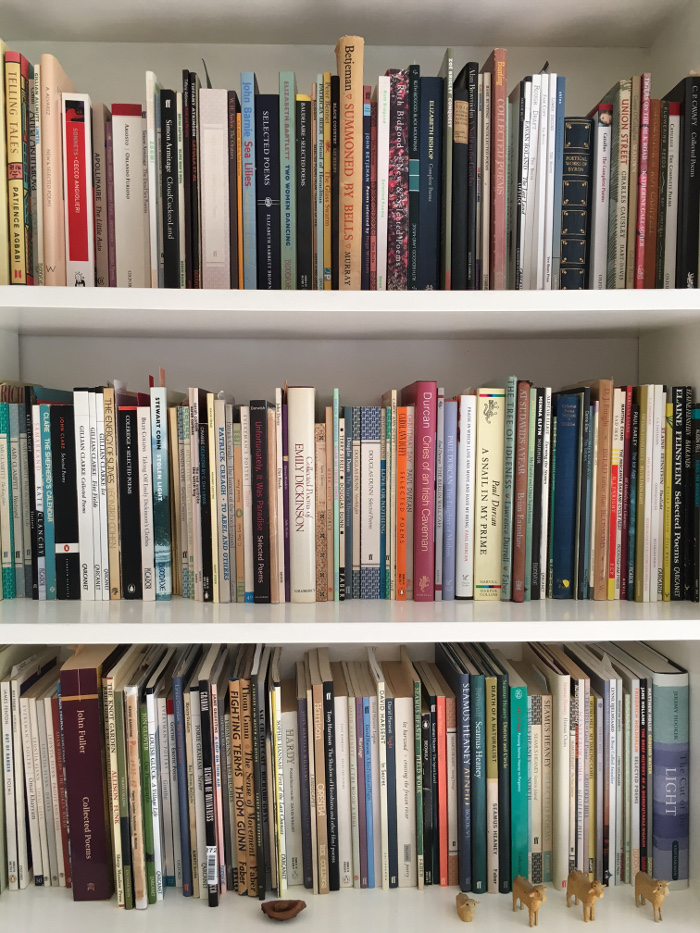 “I’ve noticed the rapid turnover of retailers on West End Lane and here up at Fortune Green.  There’s hardly anything left that was here when we arrived. Although the wonderful West End Lane Books had just opened then and that is still here.” Ted and I discussed a nearby corner shop which has been in turn a wine merchants, wooden flooring shop, motorbike showroom and now a skiwear shop and also the long-standing scuba shop in Child’s Hill. London is certainly full of odd shops we agreed.

Ted surprised me. “I’m very fond  of Café Plus”. If you’re not familiar with it, it’s the greasy spoon café on Mill Lane, near Tiffin Tin.  “I also like the Bridge Café opposite the Overground station”.  He says Café Plus offer quick cheap and tasty food, “It’s always very welcoming and run by immigrants making a living.”

Otherwise – and Ted has many facets – he likes the Nigel Slater mid-week dinner which he cooks for himself and Janet.

What have you missed since July 31st?