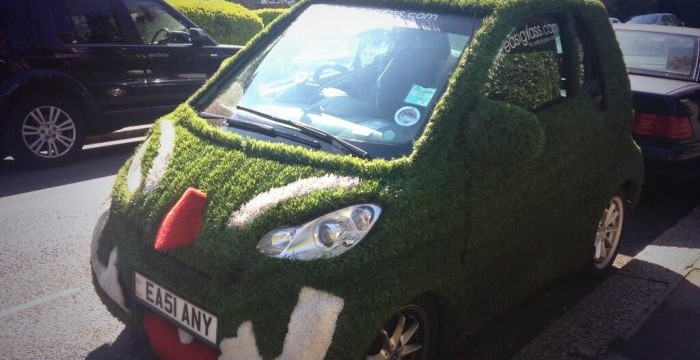 Finchley Road was closed for about an hour on Thursday after a package sent to the JW3 building was deemed suspect. In fact its contents were anything but sinister.

Ballymore’s chosen authors with a local connection for the names of the first five names of its apartment blocks.

From later this month until early December, it won’t be possible to change between the Jubilee Line and Central Line at Bond Street. 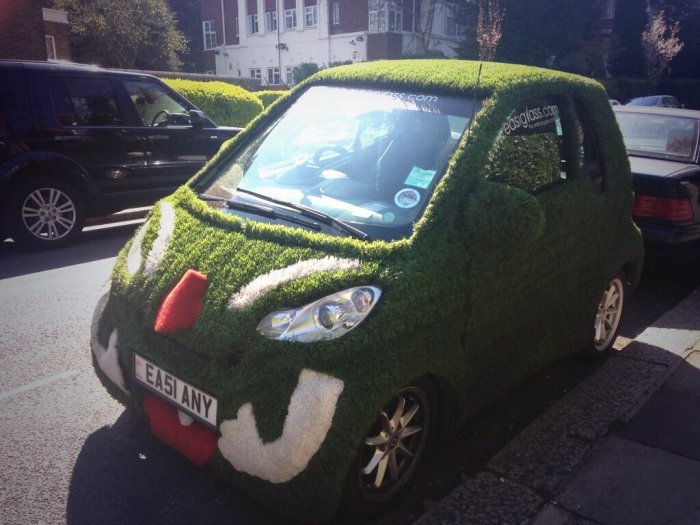 I know we’ve had a rainy winter & it’s now sunny but not sure that explains a sprouting car? Spotted in #whamp via @EllenCPringle

Our local election coverage started this week – still quite a few weeks to go until May 22nd, but you can start to read up on the issues and candidates.

The eating options at the O2 are changing again as Frankie & Benny’s opens this Monday. But the centre is also supporting start-ups alongside the chains.

Whampbooks is back… April 24th to celebrate 20 years of West End Lane Books.

If you’re after a canalside stroll, WhampWalks meandered from St Pancras to Canary Wharf along the Regents Canal.

One Sixty, which is still struggling on the customer service front, did make it into Londonist’s list of the capital’s best smokehouses.

The Thameslink station will join the tube and Overground and get free Wifi soon.

The Double is Film of the Week. Full listings.

Café Bon (formerly Caffe West) on West End Lane is up for rent.

Kilburn is one of the pilot areas for Camden’s new parking space finder app.

If you’re a South Hampstead resident, do read the excellent update from the residents association CRASH about everything that’s happening.

Hidden Treasure is closing temporarily for a revamp apparently.

India Per Se, which used to be called Eriki, on Finchley Road, has closed permanently after irreperable water damage.

“Just Sew Alteration” appears to be moving into where Jazz Cycles was on Mill Lane.

Remember last October’s hoo-haa about the bench at the top of Hemstal Road? The council’s decided it’s staying.

Property of the Month is a 3-bed flat in much sought-after Marlborough Mansions.

We reported a UFO “sighting” in last week’s newsletter. The spotter turned up as did a plausible explanation (see comments).

Jubilee Line commuters are the second worst paid. This and other “fun facts” on the tube.

When the hell did #WestHampstead become trendy? As a #Hampstead local, I'm shocked and appalled! 😉